The Turkish Medical Association (TTB) described the July 3 blast in a fireworks factory in northwestern Turkey as a "workplace homicide," a term used in Turkey for work accidents that were a result of gross neglect on the part of employers.

The July 3 explosion at a factory in Sakarya's Hendek district killed six people and injured over a hundred, damaging nearby residences and businesses too. 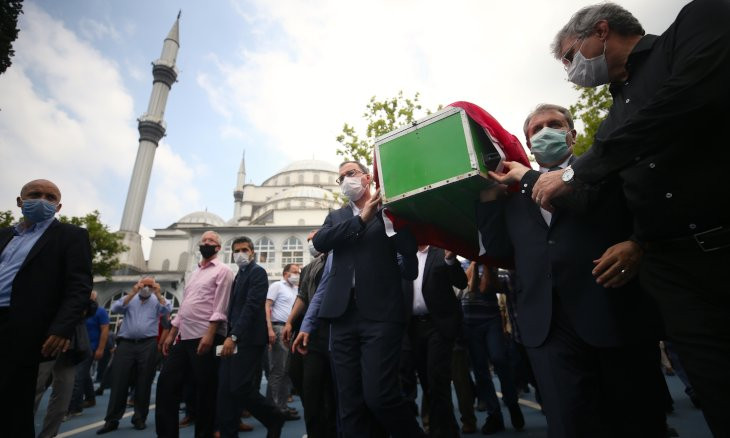 The TTB noted that the blast in Sakarya had been preceded by six accidents in the same factory over the past 11 years, where a total of seven workers died and 59 were injured.

"No lessons were learned from those six accidents and the seventh one has been coming a long time," said the TTB statement. "This blast is a workplace homicide that's been screaming its arrival."

The medical association said that "work homicides have become mass murders since bill 6331," a workplace safety bill that lifted the requirement for safety experts in businesses of less than 50 employees.

The TTB said that the seven blasts that took place in the factory in the past 11 years were highly concerning, which is why they said they're requesting the release of public records about inspections in the factory.

"The government should put everyone's concerns at ease and release the inspections that should have been conducted after the past six explosions," said the statement.

The inspections requested by the TTB were conducted by the Family, Labor and Social Services Ministry, along with the Environment and Urbanization Ministry.

Noting that bill 6331 also prevented labor organizations and unions to monitor workplaces, the TTB said the bill "overlooked the safety of workers for the safety and well-being of capital."

While the law states that the factory's ownership is directly liable for the accident, the association said, they are worried other culprits will be "sought out and tried."

"The fact that the deputy director and two senior workers were detained instead of the owner increase those concerns," the TTB said.

The statement also asked about whether the workplace had a doctor or safety expert and what their work entailed, whether workers' health checks are conducted and whether employees are warned of the risks they face at work.

Lastly, the TTB inquired about what precautions were taken after the previous blasts, how fireworks were stored and whether the risk of the chemicals used in production were evaluated at the factory.

Separately, the brother of a worker who died in the blast said that they witnessed two people that they believe to be the wife and brother of the factory owner trying to sneak away computers from the site in the chaos, Artı Gerçek reported.

"We stopped the wife and son of the factory owner from taking away the factory's computers," said Sadettin Tepeçınar.

"We've been told that an anonymous person takes the computer's data and tries to run into the forest. Apparently they were later stopped and the computer was confiscated, but the person was let go," Tepeçınar said.

The deceased worker's 19-year-old son Adem Tepeçınar said that the factory's working conditions were dire, and that "there were no precautions."