An experts inspection of a northwest Turkey fireworks factory where a blast killed seven people in July has revealed that gross neglect played part in the fatalities. 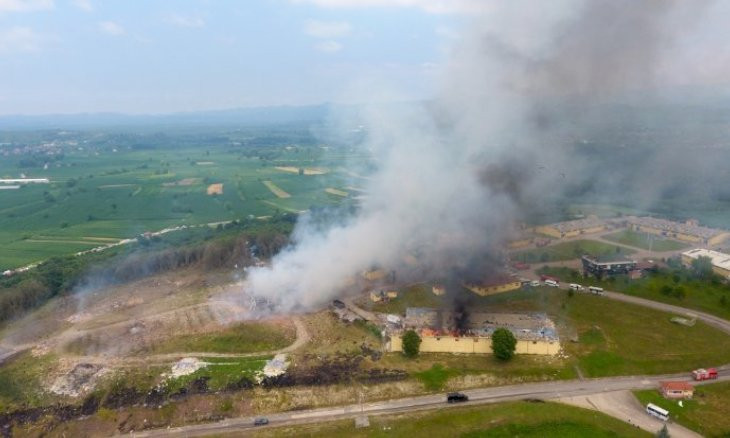 One of the owners of fireworks factory arrested following deadly explosion

The report said that records from July 2, the day before the blast, shows an overstocking of the warehouses, as well as illegal production capacities.

A large explosion rocked a fireworks factory in the Hendek district of the northwestern province of Sakarya on July 3, leading to the death of seven people and injuring 127 others.

"No precautions were taken against a potential blast or fire in the warehouses, which all became impossible to use in the fire that followed the explosion," the expert's report noted.

The report also said that some of the production areas and warehouses didn't have proper licensing.

While fire hazards were also observed in parts of the factory that are still standing, the experts noted illegal electrical infrastructure.

The report decisively concluded that sufficient work safety measures hadn't been installed in the factory.