A total of 63 people in ten Turkish provinces have died within the past eleven days after being poisoned from consuming bootleg alcohol as soaring prices on booze make it increasingly difficult for many to purchase the real thing from the store. Large numbers of people are also reportedly undergoing treatment in hospitals after drinking the illegal-produced alcohol.

Some 296 people have been detained for their role in the production and sale of the deadly liquor, while 78 have been formally arrested. Since Oct. 9, authorities have confiscated nearly 40,000 liters of bootleg alcohol in 23 provinces.

Turkey's Islamist-rooted ruling AKP has imposed high taxes on alcohol. The tax on the national favorite rakı, an anise-flavored spirit, has leapt by 443% in the past decade and the tax on beer by 365%. A 70 cc bottle of rakı costs around 170 TL ($22), taxed 234% over the original price.

Figures from the Finance Ministry indicate that a total of 12.7 % of all tax revenue collected in Turkey this year comes from alcohol and tobacco sales, a sharp spike from 2010 when that figure was 8.3 %. 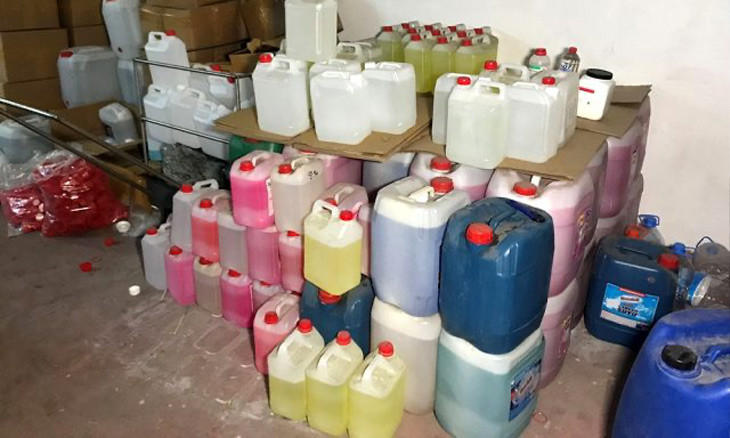 Turkey's Chamber of Chemical Engineers has called upon the government to lower the taxes in order to prevent the deaths from poisonous, illegally-produced alcohol.

“We said it in 2011, 2015, and 2019, and we will continue to say it insistently: The current situation concerning the production, consumption, and pricing of alcoholic beverages that causes deaths and injuries needs to be seriously reviewed," the chamber said.

"Alcoholic intoxication from ethyl, methyl and isopropyl alcohol, which causes death and neurological damage, has become a common social problem in the past decade,” it added.

Critics of the AKP claim that the frequent hikes are implemented for the purpose of making it impossible for large segments of society to afford to purchase alcohol. Though affordable in the past, a 70 cc bottle of rakı at 170 TL now accounts for 7 pct. of the net monthly minimum wage of 2,324 TL.