Some 258 cyclists have been killed in the last two years in Turkey after being hit by vehicles on the roads. In all of the 258 incidents, the courts found the cyclists “at fault” for their deaths, said the Bicycle Transportation Development Platform.

“In fact, it is not even possible to describe these incidents as 'accidents,' because these happen despite the vehicle drivers seeing the cyclists on the road. The drivers' statements are such that 'I have not seen,' or 'The cyclist was going in the middle of the road.' It is illogical that in all of the 258 accidents, the drivers are right,” said Mustafa Karakuş from the Bicycle Transportation Development Platform.

Cyclists will hold simultaneous demonstrations across several cities in Turkey on Oct. 25 in protest of traffic accidents that killed or injured cyclists. The protests will kick off at 2 p.m. local time.

Karakuş called on the central government and local managements to expand regulations about biking and to take steps that will increase public awareness for the bicycle to be regarded as a means of transportation.

“Speed limits should be brought under control; measures should be taken for the bicycle to be accepted as a means of transportation by vehicle drivers. Safety lanes should be allocated for the use of cyclists,” Karakuş said.

“There is an article in the legislation since the Traffic Law has come into existence, and its says that bicycle is a form of transportation. And how this means of transportation should be used is again indicated in the law…But in Turkey, the transportation license is conceived to be only for the use of cars,” he said. 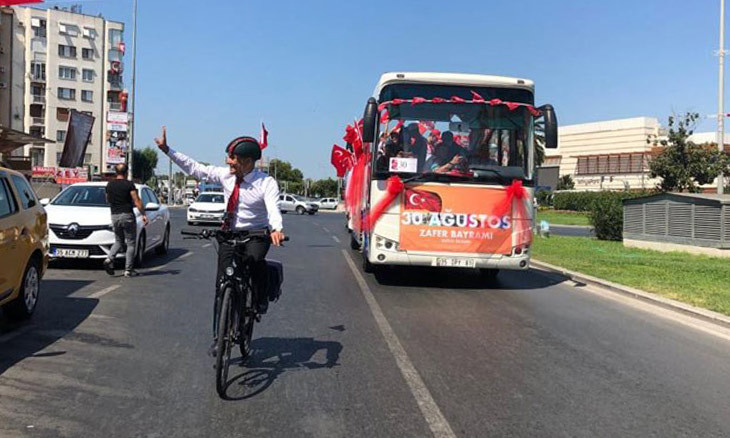