Miners who wished to march to the capital in the Central Anatolian province of Karaman to demand months of unpaid wages were met with a gendarmerie blockade on Oct. 26.

Workers from Ermenek set off on their march on Oct. 12, joined by miners from the western province of Manisa who were seeking to be granted severance pay for the Soma Mining Disaster of 2014.

The Ermenek miners had been camped out in Güneyyurt Square in the province to draw attention to their cause, as they aim for an 18-day protest to commemorate the 18 workers who were killed in a mine flood in 2014.

In a video depicting the gendarmerie officers telling the workers to stop their march, one officer is seen yelling at the demonstrators.

"We are angry. We are hungry, that's why we're yelling. You can't yell," a worker is seen telling an officer.

Chairman of Turkey's miners' union Maden-İş Tahir Çetin said that the workers would perform a sit-in in front of the gendarmerie blockade until they were offered a legal solution or allowed to march to Ankara. 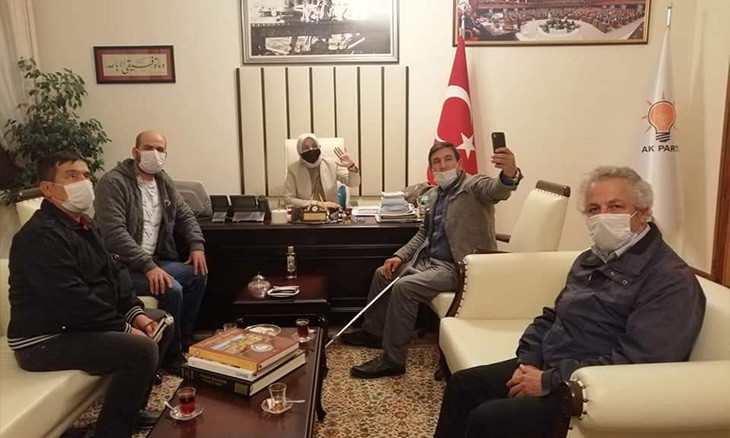