A 17-year-old named Arda Baran Demir from the eastern province of Dersim who scored highest on the national high school entrance exam died in the earthquake that hit İzmir on Oct. 30.

Demir had arrived in the Aegean province to receive his high school education on an all-expenses scholarship thanks to his outstanding success in the middle school entrance exams (TEOG).

The teenager had responded correctly to 119 out of some 120 questions on the national exam, main opposition Republican People's Party (CHP) Dersim Deputy Ali Mustafa Çelik said.

Meanwhile, a young man named Ali Kaygusuz who died in the quake is remembered by a tweet he shared in January, following the 6.8-magnitude earthquake that hit the southeastern province of Elazığ.

Kaygusuz' tweet was targeted at the government's fundraising campaign following the natural disaster, which had created controversy as the government is supposed to have funds for earthquake relief that is an accumulation of taxes.

"If you're begging people for money three minutes after the earthquake, citizens will inevitably ask where their taxes went... And you will answer. Traitors," Kaygusuz wrote on Jan. 25. 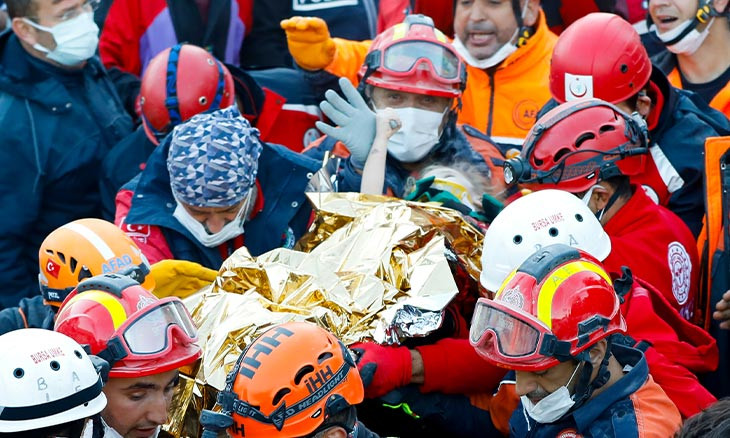