Three Syrian migrants who saved four survivors from the rubble following the Oct. 30 earthquake in the Aegean province of İzmir said that they were able to navigate through the destruction as it reminded them of the war in their home country.

Speaking to online news portal Sendika.org, Hani, Şervan and Yazan said that they immediately laid down on the ground when they felt the tremble.

"When the ground started shaking, we immediately got on the ground. We would lay down on the spot whenever a bomb fell in Syria," Yazan said.

Yazan saw nearby Rızabey Apartment Building collapse immediately after the quake, and climbed up on the rubble to call out for anyone who may be trapped inside, he said.

"A baker hugged us and asked how we got to the top. It's not an issue for us. We've seen everything through these eyes. We're used to it from Syria."

Soon after the three men started searching the rubble, a woman told them that her sister had called her from under the collapsed building and told her she was near the entrance.

"We found the building's entrance and started digging. Thankfully we were able to get a woman out alive. We tried to help everyone," Yazan said.

Hani said that the earthquake reminded them of Syria because of the ruins and the tents.

"We haven't slept in four days," Şervan said. "We visit all the tents early in the morning."

The three Syrian men hand out food to all the earthquake survivors, and do everything they can, they said. 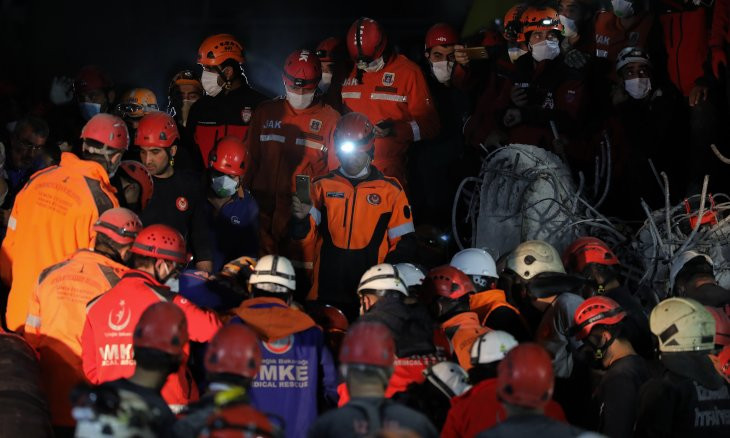