An expected massive earthquake in Istanbul is one of the two things that would threaten Turkey's independence, Interior Minister Süleyman Soylu has reportedly said.

In addition to a major war, an earthquake above magnitude 7.5 would be severe for the country, daily Sözcü columnist Serpil Yılmaz cited the minister as saying on Nov. 8.

Earthquake experts have been warning authorities for years on a massive quake, saying that necessary precautions must be taken urgently to prevent a disaster.

A recent report by the Istanbul Municipality predicted that 48,000 buildings in Istanbul will collapse or be severely damaged if an earthquake with a magnitude of 7.5 hits the megacity.

Soylu also rejected criticism over Agriculture and Forestry Minister Bekir Pakdemirli's "PR stunt" during last week's strong earthquake in the Aegean province of İzmir that claimed the lives of 114 people.

"Evaluate us with our work and attitude," Soylu said, adding that Turkey's Disaster and Emergency Management Authority (AFAD) formed 26 working groups to respond to the earthquake.

Pakdemirli was slammed for "making a PR stunt" after talking on the phone with a woman under debris in front of many cameras in earthquake-hit İzmir on Oct. 30.

Pakdemirli took the phone from a member of the rescue crew and started talking to a woman named Buse, as he also stood on the top of the debris, which put lives of those under it in danger.

The conversation was slammed by social media users for being lengthy, since the woman's life was depending on the pace of the rescue efforts.

They also said that the talking should have been left to a professional. 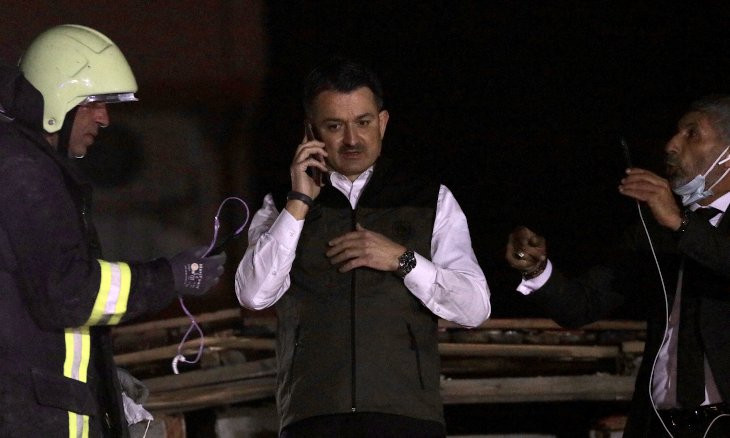