Albayrak, who is also President Recep Tayyip Erdoğan's son-in-law, early on Feb. 28 shared data on the growth rate of Turkish economy in a series of tweets.

Albayrak's tweets came just hours after authorities announced that 33 Turkish soldiers were killed in Syria's northwestern province of Idlib, in one of the deadliest attacks on Turkish troops in the Republic's history. 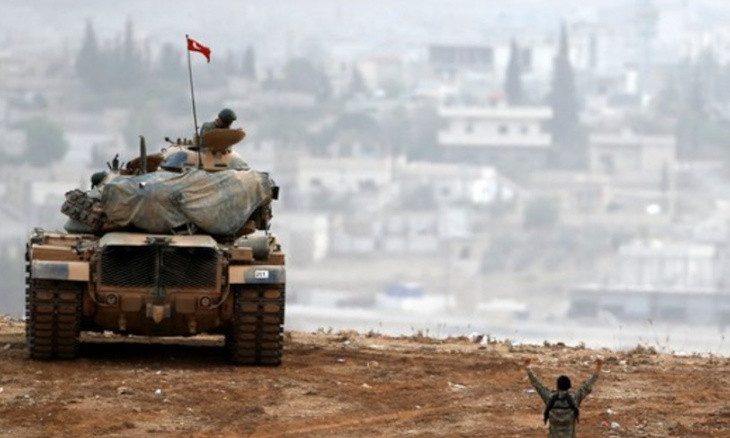 “On a day like this, it is very difficult to talk about the data on economy and to evaluate the released figures. The growth rate which is the most important indicator of our policies for 2019 has been released. The 6% growth rate in the fourth quarter and 0.9% growth rate for the year as a whole has confirmed our performance which exceeded the expectations,” read one of the tweets of the minister.

“The ratio of 2019 budget deficit to national income was realized at 2.89%, and we have reached our target (2.9%) in this area. We will maintain our annual growth acceleration that began in the fourth quarter and will reach our target of 5 percent growth rate in 2020 within the framework of our desired model,” read another.

Albayrak's tweets were found by many social media users as being insensitive on a day that the nation mourned for the lost 33 lives in Idlib.

A social media wrote, “Yes, yes, our only problem today is the growth rates anyway,” while another said: “People are struggling for their lives, whereas you [Albayrak] are after assets. Your sharing all these is beyond reason and logic.”

Following the reactions, Albayrak deleted his tweets, except one in which he expressed his condolences for the lost lives.

“In this holy night [referring to Laylat al-Raghaib], our hearts were torn out. I offer my condolences to the nation. Let God rest our martyrs in peace and I hope the injured [soldiers] get well soon. Let God protect our soldiers and make our army triumph,” read his tweet that he did not delete.

The two other tweets that Albayrak deleted are as follows: