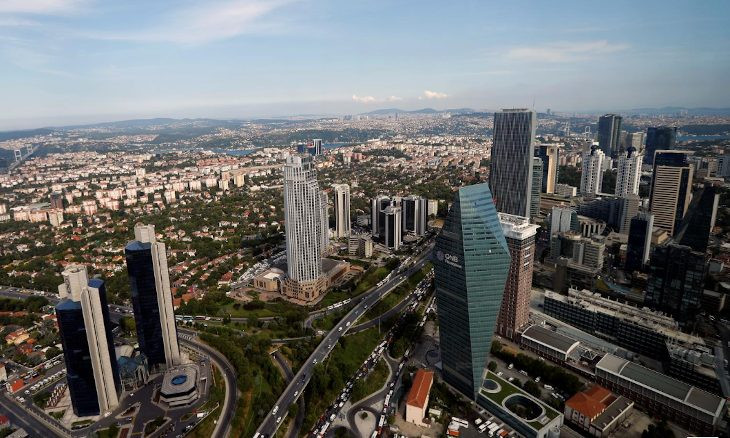 A total of 70 publicly-traded companies out of 410 have gained over 100 percent value in two months.

Since the Borsa Istanbul's BIST 100 index plummeted on March 17, several shares were traded at ceiling prices for 4 to 5 days consecutively. The BIST 100 index increased by 14.7 percent in two months.

Nearly all of the shares with extraordinary price increases consist of small-scale companies, Habertürk reported on May 13.

Tourism companies, which are expected to go through a difficult year amid the coronavirus (COVID-19) pandemic, and investment trusts are among the companies that saw over 100 percent price increase, as well as companies that halted their production in their areas of activity.

The shares of Kütahya Porselen increased by 246 percent, while Pınar Su, Pınar Et and Çimentaş gained over 150 percent.

Zeitgeist Turkey | Episode 7: As Turkish lira weakens to beyond 7 against dollar Erdoğan faces a choice

Some 256 companies gained a value of over 50 percent in the same time period.

The shares of Ekiz Yağ gained 2,200 percent value, while Güler Yatırım and RTA Laboratories, which is known with producing coronavirus test kits, gained over 1,000 percent.

Experts explain the losses in major shares despite the increase in the index with the fact that these shares are held by foreigners and their inclination to leave Turkish equities.

However, the inability to short sell due to the measures imposed against the pandemic is also a factor in creating an artificial price via increasing the shares of the small-scale companies.

Another factor in the extraordinary situation concerns the 251,000 new investors in Borsa Istanbul that emerged in the past seven months.