Students in the eastern province of Kars recorded a video from a high altitude spot they have to walk to for internet access, asking the Education Ministry for help with access to remote education during the COVID-19 pandemic.

“The lack of infrastructure in our village prevents us from participating in our classes,” said the university student who works as a teacher for the younger kids.

While the younger children talked about having to walk one kilometer to the spot they were sitting, another one said that they were starting to get cold sitting outside as the winter approaches.

“We have to walk by rivers, canals, bridges, foxes, stray dogs… We never know what will happen to us,” said one student in the video, adding "Enough! Help us already!"

Yarkadaş said on social media that the education landscape during remote education wasn't going as well as Ankara made it sound, as the government turned down a CHP proposal to supply students with equipment they need to access online education. 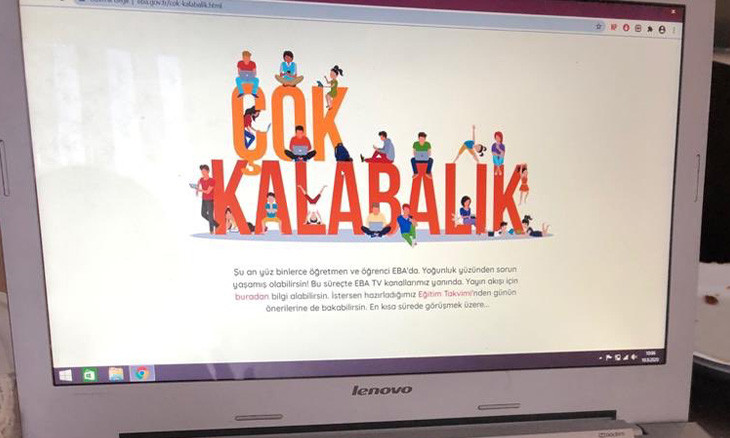