A mayor from the main opposition Republican People's Party (CHP), who has been a vocal figure in the efforts to halt construction in Lake Salda, dubbed "Turkey's Maldives," was wounded in an armed attack on April 20.

Mümtaz Şenel, mayor of the Yeşilova district of the southwestern province of Burdur, and his wife Fatma Şenel were shot by unknown assailants, who reportedly told the couple that they were police officers, at around 4:30 a.m. 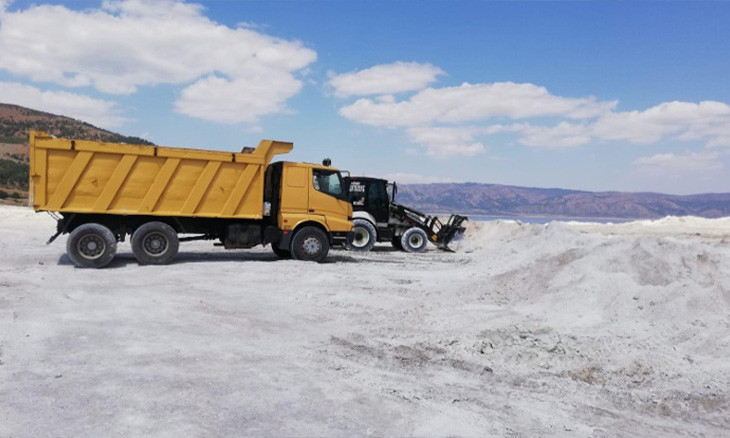 The couple were taken to a hospital and two people were detained over the incident.

Mümtaz Şenel made headlines last week after sharing pictures of heavy machinery around the lake, prompting outrage on social media. Following backlash, Environment and Urbanization Minister Murat Kurum said that security cameras would be installed to the area and the Housing Development Administration of Turkey (TOKİ) said that a probe was launched into the construction efforts.

Şenel also said that the famous white sand in the area was transported to a different location for road construction.

Hours earlier than the attack, meanwhile, Şenel urged the ruling Justice and Development Party (AKP) to cooperate with local authorities.

He also said that he would personally observe the efforts to carry the transported white sand back to its original spot.