President Recep Tayyip Erdoğan accused Italian Prime Minister Mario Draghi on April 14 of behaving with "impertinence and disrespect" after he called the Turkish leader a "dictator."

Last week, Draghi said Erdoğan had humiliated European Commission President Ursula von der Leyen during her visit to Ankara and that it was important to be frank with "dictators," drawing condemnation from Ankara.

In his first public comment on the matter, Erdoğan told an event in Ankara that Draghi had damaged relations between Turkey and Italy, and suggested the Italian premier lacked the democratic legitimacy to make such criticism.

"The statement made by the Italian prime minister is total impertinence and disrespect," Erdoğan said. "At a time when we hoped Turkey-Italy ties could reach a good point, by making this statement, this man named Draghi has unfortunately torpedoed the ties between us," he said.

"You got there by being appointed, you were not elected. In order for you to make such remarks about Tayyip Erdoğan, you need to first be aware of your own history. But, we saw that you are not," Erdoğan added, in an apparent reference to fascist dictator Benito Mussolini.

Draghi, a former president of the European Central Bank, did not come to power in an election but was drafted in by Italy's president in February to head a new government after the previous coalition collapsed amid party infighting.

Von der Leyen and European Council President Charles Michel met Erdoğan in Ankara last week and conveyed EU concerns about Turkey's record on human rights. At the meeting, von der Leyen was clearly taken aback when the two men sat on the only two chairs prepared, relegating her to an adjacent sofa.

Ties between NATO allies Turkey and Italy have been largely positive in recent years, and they have held talks over the conflict in Libya, tensions in the eastern Mediterranean, and defense cooperation.

But broader relations between Ankara and the EU have long been strained, especially after a failed coup in Turkey in 2016 prompted a crackdown that led to the arrests of thousands. 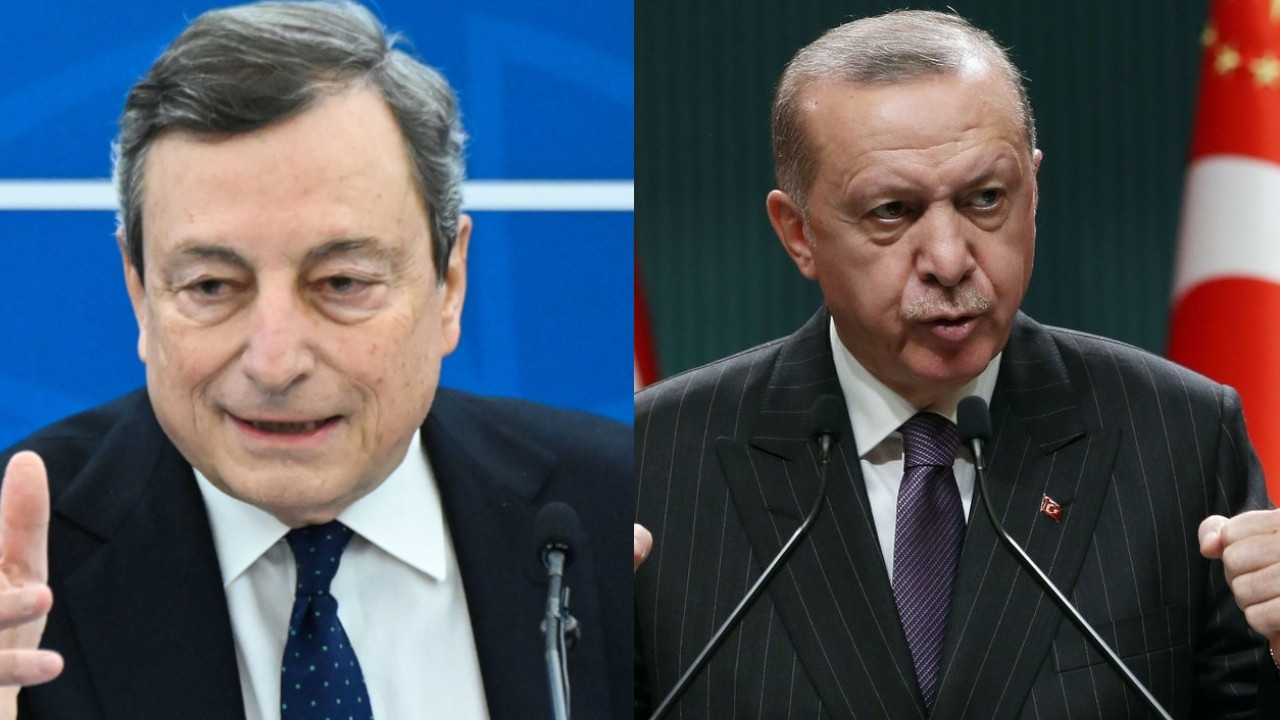