Authorities on Jan. 25 banned trucks from entering the eastern city of Elazığ for three hours after President Recep Tayyip Erdoğan arrived in the city to mark the first-year anniversary of the 6.8-magnitude earthquake.

The temporary ban on the entry of trucks into the city promoted an outcry among drivers, with one of them saying: “We are hungry and dehydrated on top of the mountain. Why so much torture, cruelty, suffering against us? Do I have to wait here without food and water?”

“The entry to and exit from Elazığ has been stopped for hours. The only reason is that the [ruling Justice and Development Party] AKP chair has come to Elazığ,” the driver is heard saying in a video shared on social media.

He showed several trucks having lined up at the city's border with Bingöl, which he said had formed a 10-km long queue.

“The president and his management cadre have completely severed the ties with citizens. A president who is bringing along an army of personnel wherever he goes, has come to a point where he can no longer shake citizens' hands, look them in the face. He is even afraid of citizens now,” Yalım wrote on Twitter.

Erdoğan was in Elazığ to mark the anniversary of the 6.8-magnitude earthquake, which hit the city last year. In an address to people, he said that he had brought them tea, recalling that his hometown city is Rize, which is most famous for its tea.

The earthquake last year left 41 people dead and more than 1,600 others injured. The tremors were also felt in neighboring countries, including Georgia and Syria. 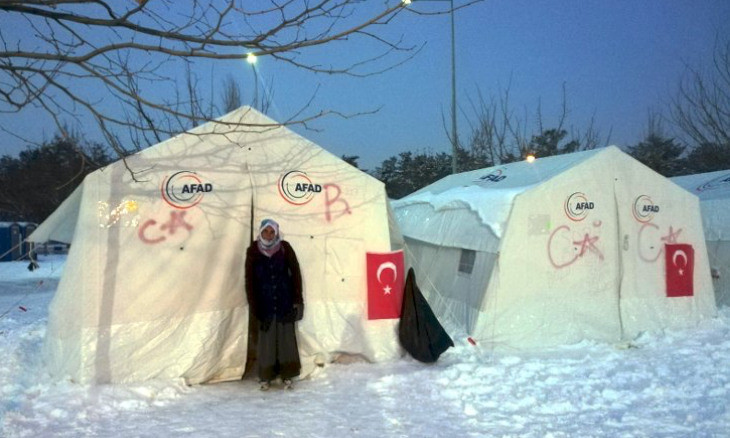