A fight that was reported to have been erupted over crushed peaches in the neighborhood marketplace of Ankara's Keçiören district was in fact triggered by the "A-Team," a paralegal armed force of the municipality, the Anka News Agency reported on Aug. 25.

Four people were injured and 13 vendors were detained by police in the aftermath of the commotion, and one of the vendors said that a mob of 40 people battered one of the market vendors.

One of the vendors who were detained said that the assistant mayor came to the marketplace to examine peaches, and saw a vendor with smaller fruits.

"Our friend's peaches were smaller. [The assistant mayor] tried to get them confiscated. Our friend said they weren't bruised or crushed, but just small. That's what happened," the vendor said.

The A-Team intervened after the vendor protested, took him to a closeted location at the market and the assistant mayor beat him, the news agency reported.

"The mayor said something I wouldn't want to repeat. Forty of them beat him to a pulp. We went to see our friend, and they told us he was dead," the vendor said.

The vendors gathered to show their support for their beaten colleague, and the public supported them with applause, he said.

The brawl that resulted in the multiple injuries was a result of the vendors' protest to the A-Team, Gündoğan noted.

"The problem here is that the municipality overstepped their authority in the public space and intruded with law enforcement's authority," Gündoğan said.

The municipality had said that their teams had investigated the incident and noted that the commotion was a result of the vendor's fault. 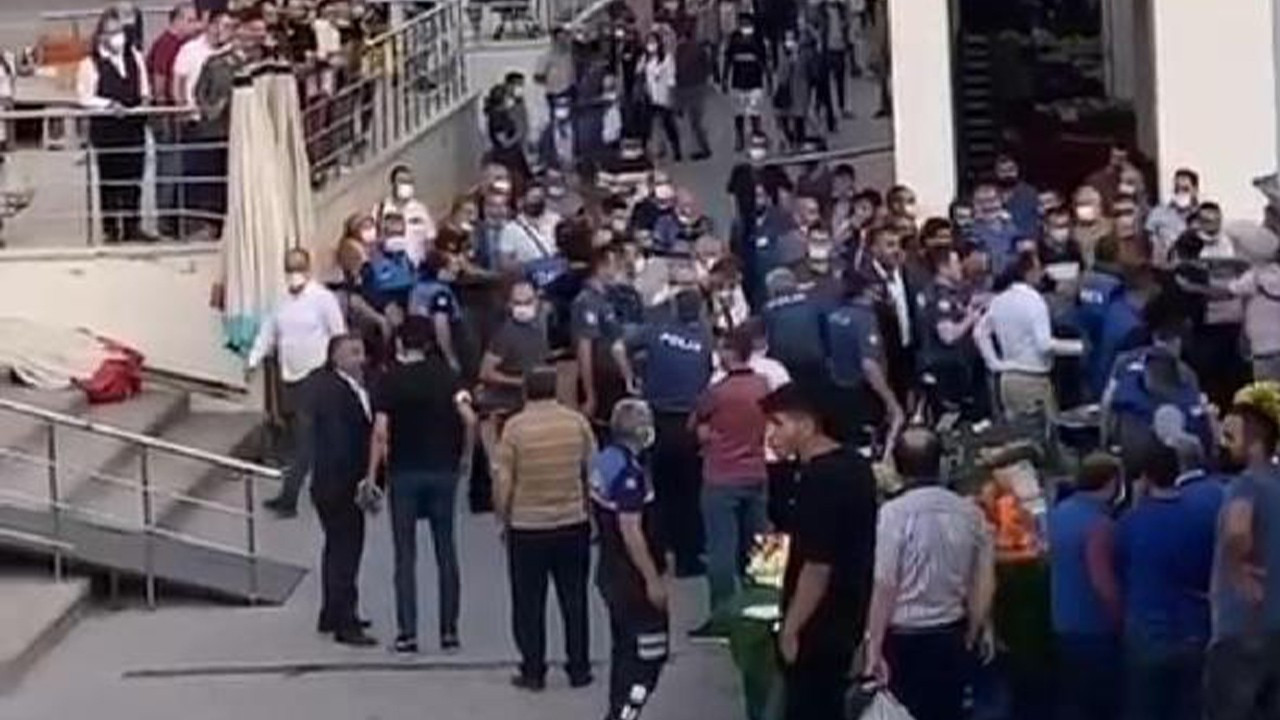