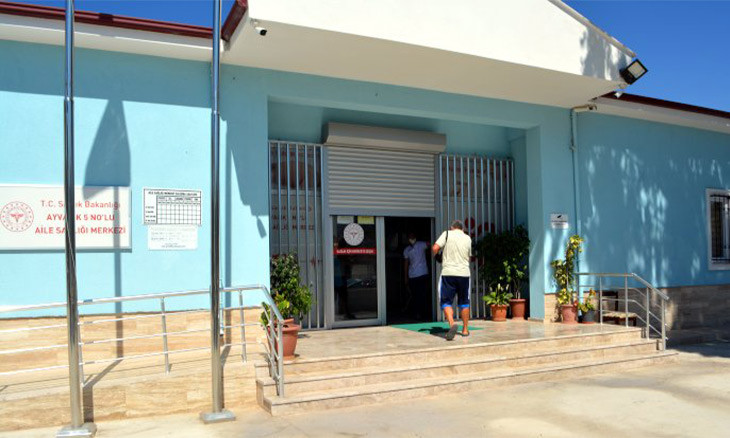 Emergency room employees of an Ankara hospital had to take shelter in a room and barricade the door to stop a patient's loved ones as they insisted on seeing the gunshot wound victim who died on Sept. 22, Turkish Health Minister Fahrettin Koca said.

The minister said that a large group of the deceased's loved ones wanted to enter the resuscitation room at Ankara's Keçiören Research and Training Hospital after the gunshot wound patient died in the early hours of the morning.

None of the health workers were injured, but one of them shared footage of the incident on social media with the caption "Can you hear us?" in an attempt to draw attention to widespread violence toward health workers in Turkey.

In a detailed statement about the incident, Health Minister Koca noted that violence against health workers had become a routine possibility in Turkey against the basic ethical principle of respect for humans.

"It's undeniable that this atmosphere of tension will lower the quality of health services. It's our duty as the government and as a society to rehabilitate the reality of violence," Koca said.

Meanwhile, the Ankara Governor downplayed the attack on the workers as an "argument."

"The argument that broke out between patients' loved ones and health workers was stopped by our employees before it turned into a physical attack, and legal action was taken against the assailants," the governor's office said in an official statement.

Following public outcry about the understatement from the governor's office, Ankara Governor Vasip Şahin made a personal statement on social media, "condemning all disrespect and violence toward selfless health workers."

Main opposition Republican People's Party (CHP) Ankara Deputy Murat Emir said that health workers were already under increased strain due to the COVID-19 pandemic, and that the threat of violence was an additional factor they struggled with.

"Health workers are abandoned by the Health Ministry and the government in this fight," Emir said.

The deputy also noted Nationalist Movement Party (MHP) leader Devlet Bahçeli’s comments that the Turkish Medical Association (TTB) was a terrorist organization that spread misinformation about COVID-19, because they said that the pandemic was far more widespread than official numbers show.

"Not only are doctors abandoned, but they're threatened by the government's coalition ally. If you, at the highest ranks, threaten doctors, people will be encouraged and mirror that," Emir said.

The deputy said that the government should "pull itself together" and display an attitude to elevate health workers to the level of respect they deserve.