A court has released a man detained over attacking a doctor at a hospital in the Black Sea province of Trabzon despite a recent bill passed in parliament to protect healthcare workers.

İhsan Aydın, the relative of one of the deceased patients at the hospital, attacked and wounded Esra Ersöz Genç with an oxygen cylinder in Karadeniz Technical Unitersity Faculty of Medicine's Farabi Hospital, prompting prosecutors to launch an investigation into him over "intentional injuring, threatening, insulting and harming property."

Aydın was detained after the incident, but was released after giving his testimony. He was detained once again following backlash on social media that occurred after Genç cried out against him being freed. 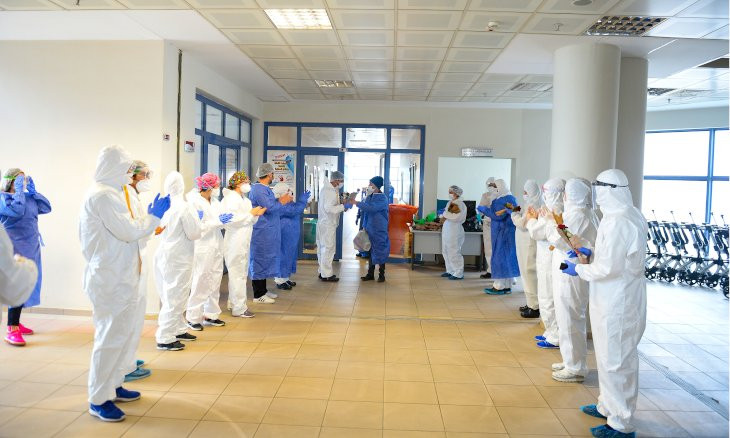 "They're saying that the law on preventing violence against healthcare workers was passed, but I don't feel safe. What will happen on my next shift? I don't know whether I'll be able to return home safely," Genç said in a tweet addressed to Health Minister Fahrettin Koca.

Following his detention, Aydın was referred to a court, which released him on condition of judicial control and sentenced him to house arrest on April 28.

Turkey’s health care workers have long been asking the government to curb the verbal and physical assaults they often face at work. Parliament on April 15 passed a bill bringing harsher penalties against perpetrators targeting medical staff amid the coronavirus (COVID-19) pandemic.

The law increased the punishment for violence, threats or insults against medical staff and prevented courts from deterring the announcement of verdicts concerning these crimes.

Two dentists, identified only by their initials as A.I. and B.A., were also attacked in Istanbul on April 29.

The dentists, who are a part of a filiation team in the Fatih district, as well as their driver, were attacked when visiting homes as part of the filiation efforts.