Turkey’s death toll from the coronavirus rose by 75 to total 649 and new confirmed cases rose by 3,148 to bring the country’s total to 30,217, Health Minister Fahrettin Koca said on April 6.

He wrote on Twitter that 21,400 tests for the COVID-19 disease had been performed in Turkey in the last 24 hours, bringing the total number of tests to 202,845.

So far, a total of 1,326 patients have recovered and been discharged from hospitals, while 1,415 patients are currently under intensive care units, the data shows. 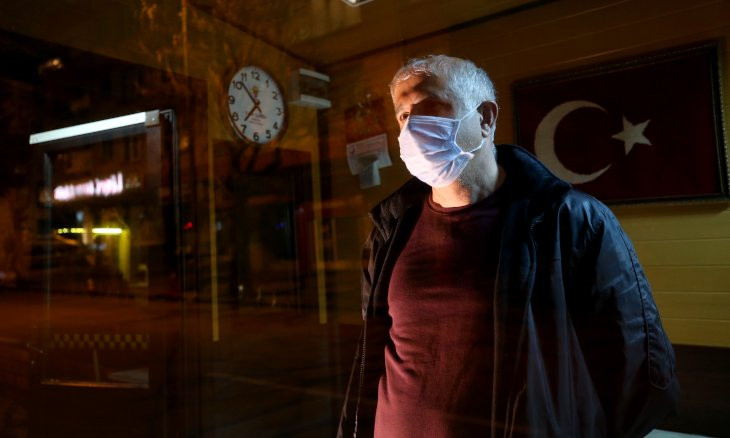 Since reporting its first coronavirus case on March 11, Turkey has been adopting measures to curb the spread of the virus, including imposing curfew for those below the age of 20 and above the age of 65.

However, there are still millions of people obliged to commute to their workplaces across Turkey, with the opposition urging the ruling Justice and Development Party (AKP) to impose a nationwide curfew.

According to a poll submitted to main opposition Republican People's Party (CHP) leader Kemal Kılıçdaroğlu, some 84 percent of the Turkish citizens support a curfew against the pandemic.

The participants were also asked about the problems that Turkey needs to solve urgently. The pandemic topped the list, with 46 percent saying that it's the most urgent issue.

Meanwhile, President Recep Tayyip Erdoğan announced on April 6 that Turkey will establish two hospitals with a capacity of 1,000 beds each in Istanbul — the epicenter of coronavirus cases in the country — to treat patients infected with the disease.

“We will complete them (the two hospitals) within 45 days and will open them to public service,” Erdoğan said in a televised speech.