A queue of Turkish trucks waiting to travel from Russia to Georgia has reached 75 kilometers in length with almost 4,000 vehicles waiting to enter Russia at the Vladikavkaz Border Crossing, the daily Dünya reported on April 21.

The trucks have been waiting at the crossing for almost a month as commercial transports to Central Asian countries were rerouted out of Iran during the COVID-19 pandemic.

The Vladikavkaz Border Crossing is a location where two different paths out of Central Asia merge, and the route that Turkish drivers take is reportedly often blocked by Russian authorities, with a mere 30 trucks being allowed to cross versus some 500 on the other road.

Turkish drivers want to avoid hundreds of dollars in fines on the Azerbaijan side, Şener noted, but Russian authorities are inclined to prioritize Russian, Georgian and Armenian vehicles over Turkish ones.

"They make Turkish vehicles wait for 25 to 30 days," Şener added.

"I'm ill but I can't leave the truck behind and go to the hospital. There are drivers who have heart conditions and are out of their medicine. We struggle for food, drinks and fuel," driver Selahattin Kaçuru said.

Industry experts expect Azerbaijan to lift the fines imposed on Turkish drivers, and expect Ankara to get involved to facilitate the process. 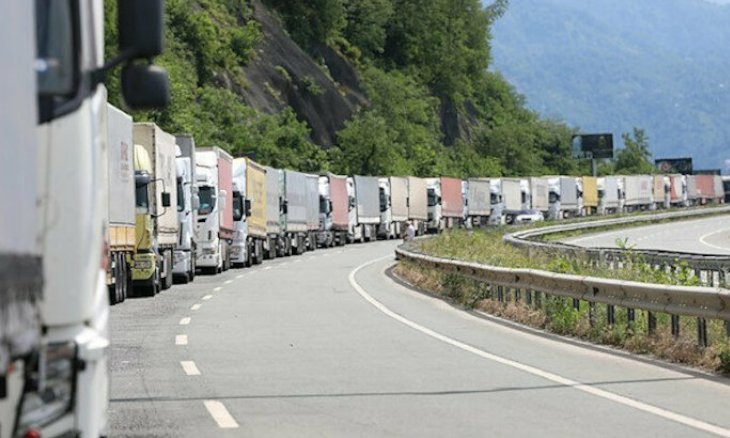 Turkish trucks are not let in Georgia unless they bribe border police, says CHP MPDomestic