An Istanbul court has ruled to keep prominent philanthropist, businessman and human rights activist Osman Kavala in jail during a hearing that was marked by protests.

During the hearing held on Jan. 28, the lawyers of Kavala, who has been in jail for 819 days, demanded recusal over the court's decision to not abide by the European Court of Human Rights (ECHR) call for Kavala's release.

They also criticized the court for taking the testimony of Murat Papuç, a witness in the case, without the presence of defense lawyers.

"By hearing witness Murat Pabuç, you violated the Law of Criminal Procedure in no less than 7 different aspects," Osman Kavala's lawyer Köksal Bayraktar said, while another lawyer, Turgut Kazan, also slammed the court over Papuç's testimony and demanded recusal. 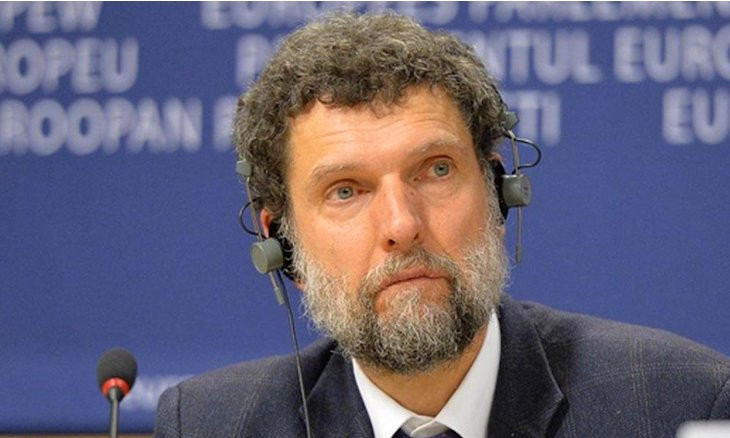 "The witness sent LinkedIn invitations to defending lawyers. We informed you and the legal experts of this," Kazan said.

"You received the testimony of a person of doubtful mental health in secret, while we, the defense, were absent. We won’t accept such a disgrace in the history of our Bar Association," Durakoğlu told the court.

"The acts of your specially assembled panel bear significant meaning and have exceeded the boundaries of tolerance," he added.

Another lawyer, Emel Ataktürk Sevimli, criticized the fact that Papuç was not questioned by defense lawyers.

"Your panel's witness hearing procedures are in breach of the Law on Criminal Procedure and the European Convention on Human Rights. We have not been allowed to question the witness," she said.

The court rejected the recusal demand, prompting the lawyers to leave the courtroom as the audience applauded in protest, which was followed by the chief judge ordering all those protesting to leave as well.

Kavala is accused of being one of the “managers and organizers” of 2013 Gezi Park protests, which took place in Istanbul’s Taksim following harsh government response to a group of protesters trying to prevent the cutting down of trees for a large development project planned by the government.

He was arrested in 2017 on suspicion of attempting to overthrow the government and the constitutional order through force and violence. In addition to the charges related to the Gezi Park protests, Kavala also faces those related to the July 15, 2016 failed coup attempt.

The ECHR has recently ruled that Turkey violated Kavala’s rights, while also calling for his immediate release.

Kavala, who faces life in jail if convicted, denies the allegations. Fifteen other defendants are on trial along with Kavala, who is currently the only one in jail.

Following a recess that saw all the lawyers and the audience leave the courtroom, Kavala was asked whether he was given the witness statement.

"I won't answer this question because the witness account was received in an unlawful manner," he said.

"You cannot hear a defendant without his lawyers, you cannot continue the hearing in this manner," Tanrıkulu said, which was followed by the chief judge ordering the lawmaker out of the courtroom.

Kavala also said that his acts were not illegal.

"There isn't any evidence that I financed an uprising against the government. All of my actions are within the boundaries of my legal rights," Kavala said.

We will continue #DefendingGezi at the hearing on 18 February.

The court then ruled for the continuation of Kavala's arrest, saying that the ECHR ruling "is not final."

The next hearing of the case will be held on Feb. 18.