Greek police have battered and sent back migrants able to cross the Turkish-Greek border at the Pazarkule Border Gate, where a crowd of thousands has been piling up since Ankara announced on Feb. 27 that it would allow crossings to Europe, a report by the Istanbul Bar Association's Human Rights Center revealed on March 1.

Some 200 to 300 migrants who managed to cross the border to Greek side were "violently pushed back," the report said.

"They stated that they were beaten up with thick sticks, and that their money and mobile phones were seized by Greek police," the report said. 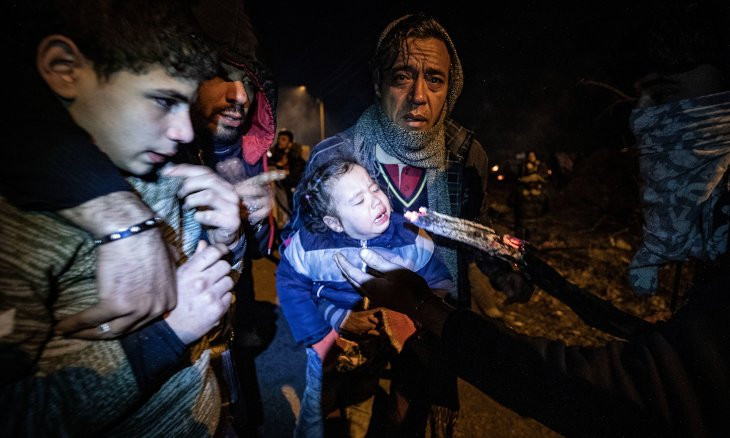 There are an estimated 2,000 migrants, among whom are women and children, at the Pazarkule-Kastanies border gate in the Thracian province of Edirne, the report noted.

Despite the rough conditions the migrants have been enduring for the past three days, most of them reportedly told the human rights center that they would continue waiting to cross the border into to Europe.

The Greek border is closed, the report noted, adding that police on the other side of the Greek gate "regularly attack the encampment using tear gas, stun grenades and water canons."

Children faced being crushed in the stampede following intervention from the other side, the report noted.

The report also stated that while nongovernmental organizations are distributing food it is not insufficient, and that the area is not sanitary or safe.