Başak Demirtaş, the wife of jailed former co-chair of the Peoples’ Democratic Party (HDP) Selahattin Demirtaş, on March 20 called on authorities to suspend the execution of jail sentences and release prisoners amid the coronavirus outbreak.

Başak Demirtaş said in a video posted on Twitter that for the first time since her husband was put in jail, she could not make her weekly visitation due to the authorities suspending family visitations to keep virus from spreading.

The former HDP co-chair has been behind bars since Nov. 4, 2016 in Turkey's northwestern province of Edirne. He is currently serving a four years and eight months sentence after being convicted in September 2018 of "making propaganda for a terrorist organisation," but faces several other charges, carrying combined sentences that could exceed 140 years.

“Right now, I am at home; normally I should have been in Edirne. Today was our visitation day. For the first time in 176 weeks, I could not see Selahattin,” Başak Demirtaş said.

Demirtaş said that the suspension of prison visitations is not a “sufficient measure” against the coronavirus, as prisons already struggle to provide basic needs. She said that many people are being held in jail despite their old age or severe illnesses.

“Prison wards are very crowded; ventilation is not adequate; sun light almost does not exist; healthy diet is not possible; and hygienic conditions are lacking,” she said.

She said the jail staff share the same risk as inmates and they are most likely to bring infection into facilities as they are in contact with the outside world.

Demirtaş thereby called on authorities to release prisoners in pre-trial detention and suspend the execution of sentences of convicted prisoners. “This is what is required of universal law and being a human. What falls upon us is to raise our voice before deaths take place in prisons. Please let's raise our voice,” she said.

Demirtaş's remarks came amid reports that the government will expedite a legal amendment to reduce the time served by inmates to facilitate their early release over coronavirus fears.

However, the legal amendment will exclude political prisoners.

The law is expected to enable the release of nearly 30,000 prisoners.,

Currently, Turkish prisons are hosting over 300,000 inmates, operating above their normal capacity. 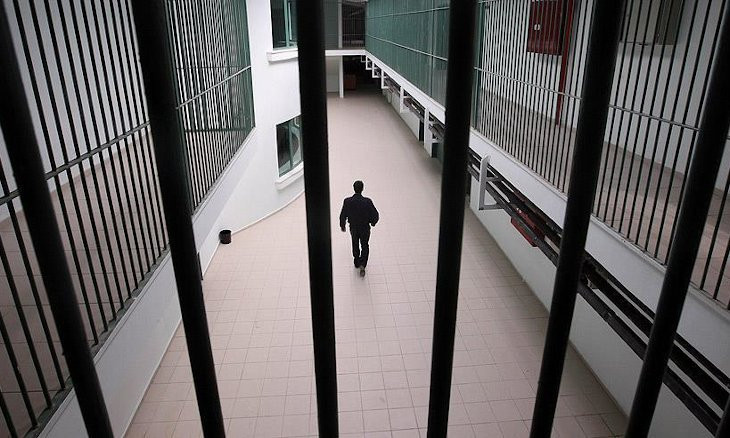