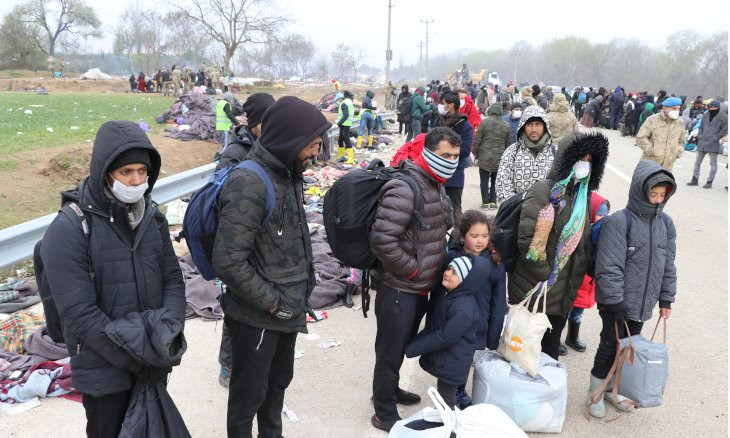 Turkish authorities have been transporting refugees to the northwestern coastal province of Çanakkale and urging them to cross into Greece.

The refugees, who flocked to the western province of Edirne with the hopes of reaching Europe in February after Ankara's decision to no longer prevent them from doing so, were previously taken to camps in various provinces as a measure against the coronavirus (COVID-19) pandemic.

Upon spending 14 days under quarantine in the said camps, they are now being taken to the Küçükkuyu coast in Çanakkale to make them cross into the Greek islands.

"Police have dropped us here and left. We are out in the open. There's no food or drinks. No one is coming. They told us that we can cross into Greece from where they dropped us, but there's no road here," a refugee told Duvar.

Refugees have been facing plenty of difficulties since February due to the fact that Ankara's decision was one sided. They were stranded at the Pazarkule Border Gate at the Turkish-Greek border with nowhere to go and under constant police brutality. 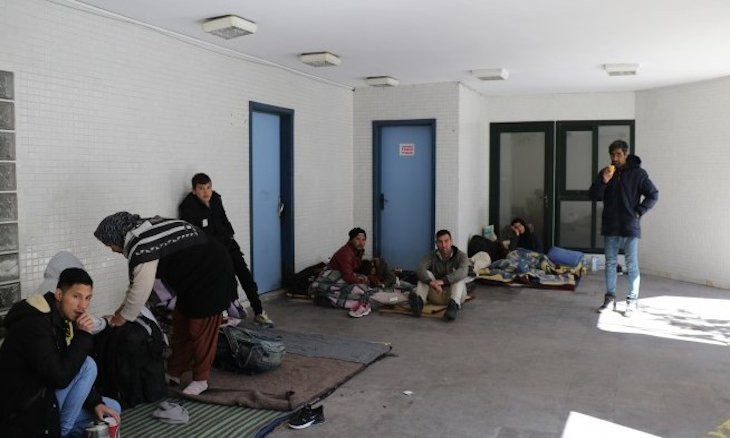 Following the coronavirus outbreak, they were forced to get on buses at the Pazarkule Border Gate to be taken to the camps in various provinces, which, according to the refugees who spoke to Duvar, were in dire situation.

"They took us to [the southern province of] Osmaniye from Pazarkule by force. They seized our IDs and cellphones. We didn't even have blankets to cover us while we sleep and we were hungry all the time," a refugee said.

"Before we left the camp, they asked us, 'Would you like to go back to the provinces that you are registered in or to Europe?' Since we have nowhere to go, we chose Europe. But now, they dropped us here. Our lives are over," she added.

Another refugee from Afghanistan said that they didn't even know where they were transported to.

"They said, 'We will help you get to Çanakkale. As you know, no country accepts you. That's why you will pay for your escaping money yourselves,'" he told Duvar in a phone call.

An Iranian refugee transported to Çanakkale from Osmaniye recorded a video of the refugees, saying that they hadn't eaten anything in the past two days.

"We weren't given information on why we were brought here. They don't answer our questions. We don't know what to do," he says in the video.