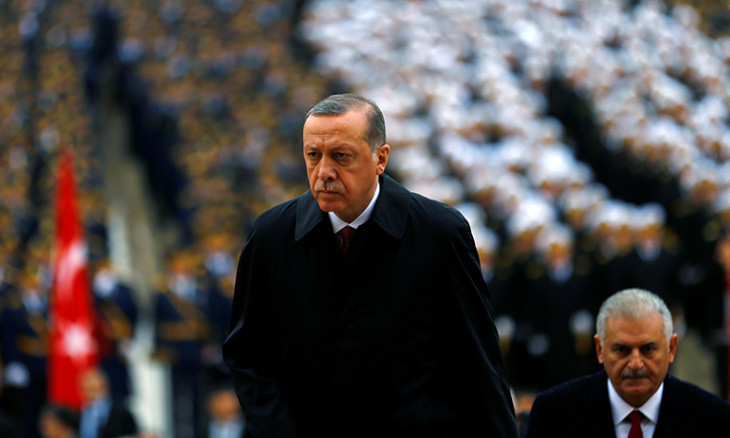 A Turkish court has found inconsistency in accusing a man of being a member of four different "terrorist organizations."

Volkan Ayhan, a member of the Office Laborers Union, was sacked from his post in the Turkish Employment Agency (İŞKUR) following the July 15, 2016 failed coup attempt after he was accused of being a follower of the movement of the U.S.-based Islamic preacher Fethullah Gülen, which is officially called the Fethullahist Terrorist Organization (FETÖ).

A probe was also launched into him by the Muğla Chief Public Prosecutor's Office following a tip on Ayhan being a sympathizer of the Kurdistan Workers' Party (PKK) over being a member of FETÖ, which is widely believed to have masterminded the botched coup.

The investigation concluded on Sept. 5, 2017 resulted in nonsuit, since sufficient evidence to accuse Ayhan couldn't be found, daily Cumhuriyet reported on May 4.

Turkey declared a state of emergency following the July 15 attempted takeover that lasted for two years. Dozens of emergency decrees were issued at the time that caused thousands of public employees to be removed from their duties.

Meanwhile, Ayhan applied to a commission that handles the cases of those sacked with state of emergency decrees following the attempted takeover, asking to be reinstated to his post.

The commission, however, rejected Ayhan's application on June 13, 2018, saying that he was active in the Revolutionary People's Liberation Party/Front (DHKP-C) ranks, as well a sympathizer of the PKK and the Maoist Communist Party (MKP), citing the letters of tips. Ayhan then filed a lawsuit for the cancellation of the commission's decision.

The Ankara 19th Administrative Court, in return, ruled for the cancellation of the commission's decision and ordered him to be reinstated to his post.

In it's reasoning, the court said that there's inconsistency between the tips on Ayhan, the file of the investigation into him and the commission's decision.