The administration of Istanbul's Silivri Prison has claimed that letters sent to inmates led to coronavirus (COVID-19) infections in the prison in a bid to defend itself in the face of criticisms.

Lawyer Deniz Dilek said that he learned about his client's diagnosis online and that the prison manager cited the reason behind the infections as letters.

"It's as if they're mocking us. The only contact these people have with the outside world is the guards. They want to blame prisoners' families by linking the cause of the virus to letters," Dilek told Duvar on May 12, adding that 20 inmates infected with coronavirus are being kept in the same cell.

Istanbul's Bakırköy Chief Public Prosecutor's Office on May 8 said that 44 inmates tested positive for coronavirus. According to the office, two of those tested positive were taken under quarantine at a hospital, while the remaining are quarantined at the prison.

Dilek said that his client called his family last week to let them know that a prisoner was taken out of his cell over coronavirus, adding that he also shows symptoms, but wasn't taken to the clinic. 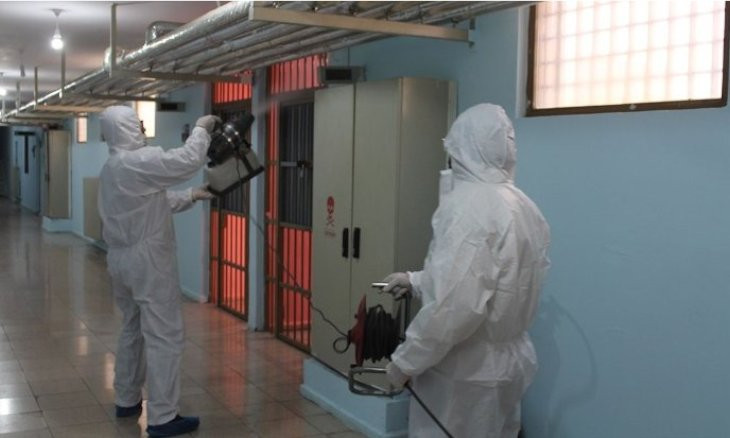 The lawyer then filed an application to the Justice Ministry for his client to be taken to a hospital, but received no response.

Dilek headed to Silivri Prison upon learning that another inmate from the same cell tested positive for coronavirus, while also learning about his client's diagnosis online.

"Authorities didn't give the family any information until this point," he said.

Upon being denied a meeting with his client, Dilek met with the prison manager.

"I asked the manager, 'How can you keep someone who is unable to meet me in here and not take him to a hospital?' The manager said, 'No one's faulty for the fact that COVID-19 entered the prison. It may have entered the prison via the letters sent to inmates. Those who tested positive were separated,'" Dilek said.

According to the lawyer, no action is taken on suspected cases. He also said that he wanted to submit a petition to receive information on the prison's fight against the virus, but had hardships in the process.

"The officers told me that they can't accept my petition. When I objected, one of them took it away, but didn't give me a document of receipt. When I asked about that, they told me that the petitions are put into process a day after being received over coronavirus," Dilek said.

"The contradiction here is that the petitions wait for a day, but are the letters given to inmates immediately?" he added.

Saying that he learned about his client being taken to the prison clinic online late on May 9, Dilek noted that they don't have any information on the inmate's condition.

Human rights activists and opposition politicians have been calling for a prisoner release amid the coronavirus since inmates are vulnerable against the virus due to the overcrowding in jails.