Forty-five prominent rights groups have renewed their calls for Turkish journalist Nedim Türfent's immediate and unconditional release, ahead of his 1,500th day in jail. Among the organizations that signed the joint declaration are the International Press Institute (IPI), PEN International and Media and Law Studies Association (MLSA).

Türfent was sentenced to eight years and nine months in prison on "terrorism charges" in 2017 and two years later, the Supreme Court of Cassation upheld his sentence. His case is now pending before the European Court of Human Rights.

“June21 marks 1,500 days that Türfent has spent behind bars, deprived ofhis freedom and the right to practice his profession – journalism.Imprisoning journalists has long since become the preferred shortcutof Turkey’s authorities to punish news they find “disturbing”.Show trials of journalists under “anti-terror law” and continuedrepression of especially pro-Kurdish media outlets created an immensepressure and chilling effect on the journalists who report from theKurdish-populated areas in Turkey,” said the rights groups' jointstatement.

“NedimTürfent should never have been detained in the first place, yettoday we mark his 1500th day behind bars in this gross miscarriage ofjustice. Evidently, he is imprisoned for simply doing his job as ajournalist, and he must be released, unconditionally and withoutdelay,” Salil Tripathi, Chair of PEN International’s Writers inPrison Committee said.

IPI Deputy Director Scott Griffen said: “For the ‘crime’ of doing journalism, Nedim Türfent has now spent 1,500 days in prison. He has been harassed, targeted, threatened and deprived of his freedom. Turkey must end this injustice and release Nedim immediately as well as all other journalists in Turkey jailed for doing their jobs.” 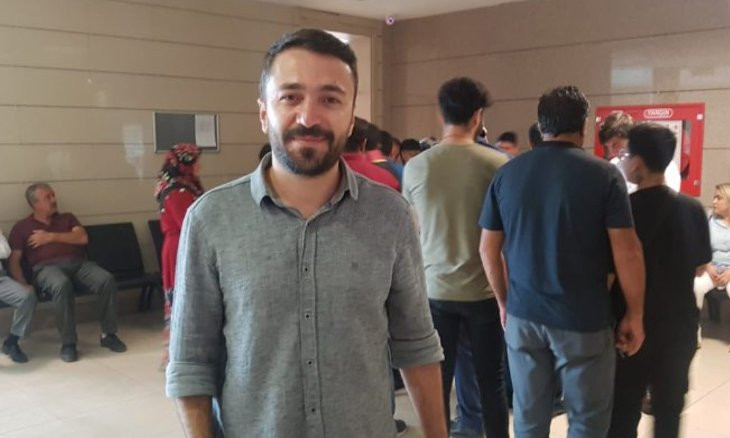