The death toll from a migrant boat sinking in Lake Van in eastern Turkey rose to 40, the local governor's office said on July 16, after nearly three weeks of search operations.

The boat, which sank on June 27, is believed to have been carrying 55-60 migrants, according to Interior Minister Süleyman Soylu. Five people have been formally arrested in relation to the incident.

Lake Van is near the border with Iran, from where migrants regularly cross into Turkey heading west toward Europe from Iran, Afghanistan and other countries.

Seven people died and 64 were rescued when a boat carrying migrants from Pakistan, Bangladesh and Afghanistan sank on Lake Van in December.

Earlier this year, tens of thousands of migrants tried to cross into Greece via land and sea borders after Ankara said it would no longer stop them. Turkey, home to 3.6 million Syrians, the world's largest refugee population, had said it would open the frontier because it was alarmed by the prospect of another wave of refugees fleeing war in northwest Syria. 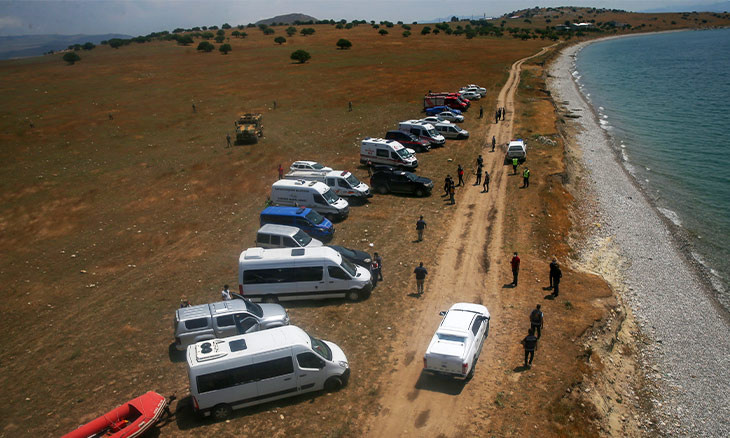