Nuriye Gülmen, who became a symbol of resistance in Turkey after going on a hunger strike for nearly a year, was arrested again on Aug. 11.

Gülmen was among those detained on Aug. 5 during a police raid at Istanbul's İdil Culture Center, which is run by members of the leftist folk band Grup Yorum.

“Our clients Nuriye Gülmen and Rıdvan Akbaş have been arrested. Our clients Yasemin Karadağ, Fırat Kaya and Ezgi Kul have been released under judicial control,” said the People's Law Office on Twitter.

Gülmen, a former university lecturer, went on a hunger strike in March 2017 along with another educator named Semih Özakça, after being dismissed from her job through a state of emergency decree. Gülmen and Özakça were arrested two months later on charges of belonging to the outlawed militant leftist Revolutionary People’s Liberation Party (DHKP-C). The authorities released Gülmen in December 2017, whereas Özakça in October 2017. 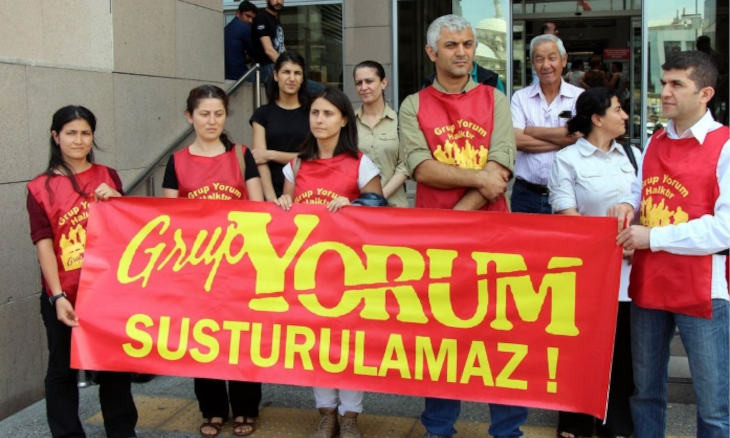