A Turkish court in the southeastern province of Siirt on Aug. 26 released a specialized sergeant one week after he was arrested over raping an 18-year-old woman in the neighboring province of Batman.

Musa Orhan was arrested on Aug. 19 following public outrage over the death of İpek Er, a Kurdish woman who died on Aug. 18 a month after committing suicide because of Orhan's sexual assault.

He remained behind bars only six days, in a move that many say is an example of the policies of President Recep Tayyip Erdoğan's ruling Justice and Development Party (AKP) and Interior Minister Süleyman Soylu.

Those keeping rapist soldier on their agenda aim to hide what's going on within HDP, PKK: Interior minister

Femicides and violence against women are grave problems in Turkey, where women get killed, raped or beaten every single day. The AKP's policies that protect men via granting them impunity is the main cause behind the situation, critics say.

In her letter, Er wrote that Orhan told her, "No one can do anything to me. I did this countless times, but no one was able to do anything."

"Go complain about this wherever you want," Orhan told her, according to the letter.

Orhan faces charges of raping and keeping Er captive in Batman's Beşiri district. The young woman attempted to commit suicide on July 16 after being abducted and getting raped by Orhan. She lost her life in the hospital where she was getting treatment.

The sexual assault was revealed after Er mentioned it in a letter before being taken to a hospital.

Orhan, who was detained upon her family's complaint in July, defended himself by saying that he was intoxicated at the time of the attack. 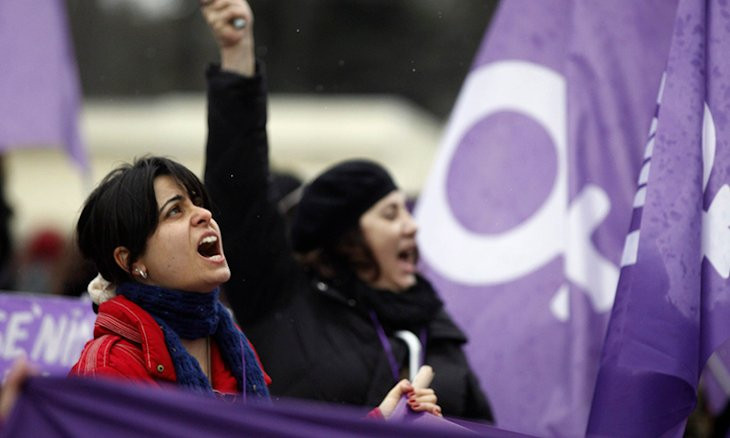 A confidentiality order was imposed on the case following media reports and Orhan was initially freed on condition of judicial control by court.

He was arrested on Aug. 19 following public outrage, but was released on Aug. 26 despite the severity of the charges.

His release came after his lawyer Mehmet Erkan Akkuş objected to the arrest ruling on the grounds that his client is not a flight risk.

Akkuş also drew fury on social media for saying that he would fulfill his duties as a lawyer "by making sure that those who slander Turkish soldiers are held accountable in court."

Siirt Bar head Nizam Dilek said that they will file a complaint against the release ruling.

"We'll ask for him to be rearrested. The hearing will be on Oct. 16," Dilek said.

Siirt Chief Public Prosecutor's Office has also filed an objection. A higher court however has rejected this appeal on the grounds that the lower court's decision was “final.”

Soylu on Aug. 20 said that those keeping Orhan on their agenda aim to hide what's going on within the Peoples' Democratic Party (HDP) and the Kurdistan Workers' Party (PKK).

The Interior Ministry issued a statement regarding the release of Orhan saying that “all legal processes are continuing within the framework of the law.”

The ministry said that the Turkish gendarmerie itself also launched an investigation regarding the case and Orhan was suspended from duty. The gendarmerie also initiated the relevant processes for Orhan to be expelled from the civil service, the ministry said. “All the stages of the process will be shared with the public in a transparent way,” it said.