The People's Law Bureau announced late on Aug. 27 that Ebru Timtik, one of the two lawyers who have been on a death fast since February, lost her life at the hospital.

“Our bureau lawyer Ebru Timtik, who was on a death fast for the last 238 days with a demand to a fair trial, has fallen a martyr! We call on all our colleagues and people to come in front of Bakırköy Dr. Sadi Konuk Hospital!” read a statement issued on the Twitter account of the People's Law Bureau.

The Progressive Lawyers Association (ÇHD) has similarly announced that Timtik lost her life at the hospital. “We have just lost our colleague Ebru Timtik, who was on a death fast with a demand to a fair trial,” read the ÇHD's statement on Twitter.

Timtik and Aytaç Ünsal are among a group of 18 lawyers who were convicted in March 2019 with a total of 159 years in prison on charges of membership in the outlawed Revolutionary People’s Liberation Party/Front (DHKP-C). Timtik alone received a jail sentence of 13 years and 6 months.

Following the death of Timtik, several intellects and politicians have criticized the Turkish government for neglecting the outcries of the public for months with regards to the case of the two lawyers.

Renowned singer Zülfü Livaneli wrote that the death of Timtik "is the death of humanity, justice and conscience" in Turkey.

Main opposition Republican People's Party (CHP) deputy Sezgin Tanrıkulu slammed the judiciary for not releasing Timtik. "It is impossible not to rebel against this. Until when are we going to witness these deaths [stemming from hunger strike]? Shame on those who did not give a decision for release. We had begged the Court of Cassation to handle this file," Tanrıkulu said in a program aired on Halk TV. 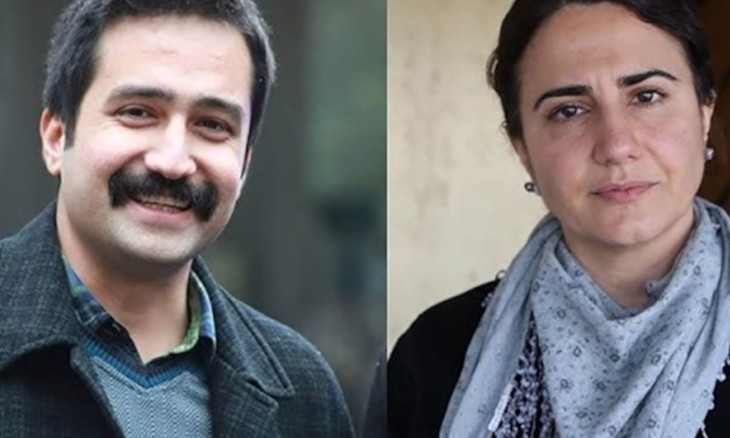 Heads of several bar associations have similarly criticized the state authorities for ignoring the case of Timtik and Ünsal. "They have not heard her months-long scream demanding a fair trial. Those who turned a deaf ear and turned away their heads have massacred the justice and conscience," said Ankara Bar Association president Erinç Sağkan.

"Ebru Timtik could not hold onto life and passed away. Justice was late for Ebru, but at least give a voice for Aytaç Ünsal," said Bursa Bar Association president Gürkan Altun.

"I am very sorry. We could not keep our colleague Lawyer Ebrtu Timtik, a human, a life alive," said Ordu Bar Association president Haluk Murat Poyraz. 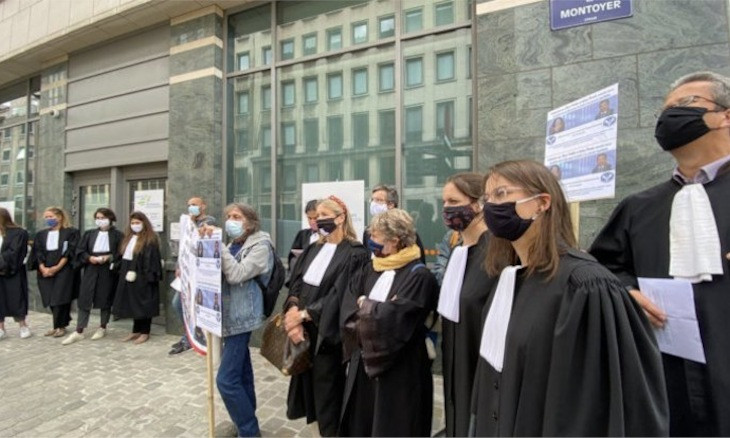 Along with lawyer Ünsal, Timtik was on hunger strike since February 2020, with the demand to be tried fairly. On April 5, the Turkish Day of the Lawyer, the two human rights lawyers announced that they would persist in their hunger strike even if it leads to their deaths.

On July 30, they have been referred two two separate Istanbul hospitals without their consent and have since refuted all kinds of medical intervention.

The Istanbul 37th High Criminal Court in July denied the application for the release of the two lawyers citing the existence of a flight risk and their conviction on terrorism-related charges. The court's decision came despite a medical report saying that Timtik and Ünsal should not remain in jail. The court therefore asked the public prosecutor’s office to refer Timtik and Ünsal to a hospital.

The case of Timtik and Ünsal was then taken to the Court of Cassation, which is the last instance for reviewing verdicts given by courts of criminal and civil justice, and then to the Constitutional Court.

Earlier in August, the Constitutional rejected the request to release the two lawyers. The top court alleged that there is "no serious danger toward their material or immaterial integrity" in its decision, despite the deteriorating health of the lawyers.