A local court in the southern province of Antalya acquitted a man identified only as Birol K. of sexual abuse of a minor and holding a minor against their will, despite eyewitnesses supporting the survivor's recount and forensic evidence of abuse, daily BirGün reported on Oct. 19. 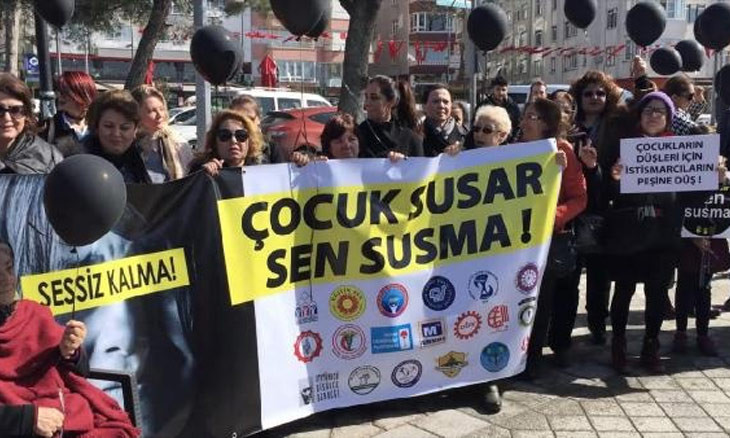 A 16-year-old female reported the sexual abuse of a relative on Jan. 18, saying that Birol K. had been harassing her for a while. The young woman said that he had forced her into his car, drove to a wooded area and assaulted her.

"He forced me into the car by my wrist and locked the doors as soon as I got in. My friend Fatma saw me getting in the car," the survivor said.

"He told me to not tell anyone, or that he would kill me."

A report of the young woman's forensic examination revealed signs of sexual abuse, leading to Birol K.'s detention the next day. He was released on probation in a second hearing on Aug. 6, leading to the hospitalization of the survivor's mother.

Birol K. was acquitted of all charges on Oct. 18 as he pleaded not guilty against all charges, including sexual abuse of a minor and holding a minor against their will.

"I don't know what I will tell my daughter. The predator is going to be galloping around our house," the survivor's mother said.

The family's lawyer said that they would appeal the ruling.