In August 2005, Newsweek Magazine anointed Istanbul “Europe’s Hippest City.” I began living in the city just a few years later, in 2009, and hipness was still raging. With hope in the air about Turkey’s EU candidacy, in 2010 Istanbul was declared the European Capital of Culture. Yet as Newsweek had put it, “Istanbul Might Not Need Europe After All.” Back then, the city was vying with Berlin and Belgrade as a hub for artists, Erasmus students, entrepreneurs, filmmakers, musicians, and tourists. And foreigners weren’t the only ones enjoying the vibe.

Turkey has hardly ever been a kind place for its denizens, but despite the hardships, it was locals who fought tooth and nail to found the popular bars and venues of the era, and who started bands and opened art spaces. They had created the scene and were reaping its fruits.

What happened next is no secret. In the Gezi Park protests of 2013, the artistic and cultural energy of “hip Istanbul” fused with growing political frustration regarding the government’s authoritarianism and conservatism. People were particularly mad about how Istanbul’s urban fabric had been turned into Lego's in the government’s hands. They invoked their democratic “right to the city.”

After Gezi, the tear gas almost never cleared from Taksim Square. Most forms of peaceful protest were repressed, International Women’s Day and Pride were turned into annual police riots, and things only got worse after the attempted coup of 2016. More journalists were jailed, the already horrendous femicide rate skyrocketed, and so on. More recently, under COVID-19 restrictions, alcohol (already expensive due to excessive taxes) and live music have been restricted. As President Erdoğan recently admitted, “Turkey has nothing that contradicts the beliefs of the Taliban.”

With all these changes, Turkey has become a byword for “authoritarianism” and “conservatism” rather than “hip.” Tourists have become more cautious about visiting while those Istanbulites who either cannot leave, or refuse to leave, continue to weather the storm.

This rapid descent from hip to hell-ish is why the Turkish Tourism and Culture Ministry’s new promotional video has caused such an outrage. Released on July 27, the video includes the slogan “Istanbul is the new cool.” It highlights, as one would expect, the city’s most beautiful sides: the Bosphorus, Galata Tower, Hagia Sophia, the Grand Bazaar, and historical areas such as Beyoğlu and Karaköy. There is nothing wrong with this. Where Istanbul is beautiful it is really beautiful and where it’s ugly really ugly. But that doesn’t make the beauty any less real.

What’s strange is that the city appears completely empty except for the tourists who are the video’s heroes. It is an Istanbul cleansed of crowds, trash, and traffic. The actors prance around the deserted streets wearing high-fashion, bright-colored outfits. The only Turkish citizens who appear in the video are service workers: baristas, waiters, shopkeepers. The locals are those there to serve the rich foreigners who come to visit.

The message is similar to the slogan of the Tourism and Culture Ministry’s other recent debacle: masks for tourism sector workers that say “Enjoy, I’m Vaccinated.” The sanitized emptiness of the streets also recalls the COVID-19 restrictions that allowed tourists to walk the city or swim in Turkey’s beaches while Turkish citizens were fined for doing the same thing.

Even more offensive is that everything the video promotes (nightlife, creativity, youth culture, revelry, drinking) is precisely what the government has been trying to restrict with its conservative agenda. The last few years have seen the ruling party’s culture war ramp up in speed. Alcohol sales were banned during the last round of pandemic lock-downs. Musicians (including the band Ayyuka whose song “Yukadans” is used in the video) were left unemployed and without substantial government support during a 1.5-year-long ban on live music.

The more the government targets drinking, dancing, counterculture, and everything that made Istanbul “cool,” the more the average conservative citizen feels justified in leering at, following, or beating any women, queer person, or just anyone who looks of lives “differently”—like the video’s street ballerinas or the models dressed in androgynous outfits. Forget the short skirts promoted by the Tourism and Culture Ministry; in the real Istanbul, women are even harassed for wearing shorts. Good thing, then, that the streets of this fantasy city are empty. Not only are there no conservative citizens in sight; there are hardly any citizens at all.

This is why the video gave rise to such an aggrieved reaction on social media. While a conservative agenda is stuffed down our throats locally, the image given internationally is that of a tolerant and hip city.

This is not to say Istanbul isn’t hip; my column generally focuses on the inspiring things happening in nightlife, music, cinema, and so on. But with few exceptions, we must always remember that these things exist not thanks to the country’s leadership but in spite of it. The scene here is still full of remarkably creative and resilient people. However, each day, more and more of them leave. While Germans and other Europeans used to settle here in Istanbul’s heyday, more and more of our brightest minds are applying for PhDs or finding other ways to re-start their lives in Berlin or London.

Lest we think the video was promoting, albeit cynically, a secular lifestyle, the final shots allow the ruling party to squeeze in its revenge. The video ends with a view of the phallic Çamlıca TV-Radio Tower and then Çamlıca Mosque, both projects that the president sees as symbolically cementing his image into the Istanbul skyline. These gray monstrosities more accurately symbolize the Istanbul that they have created over the past decade. 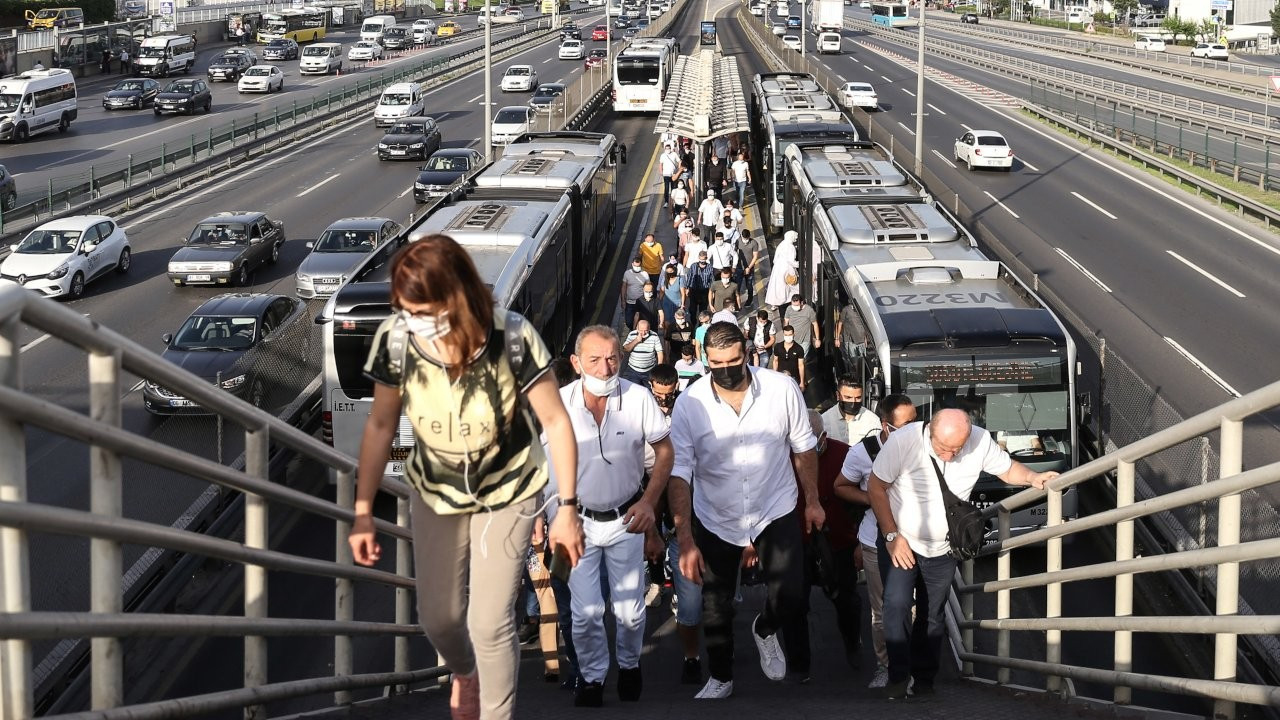 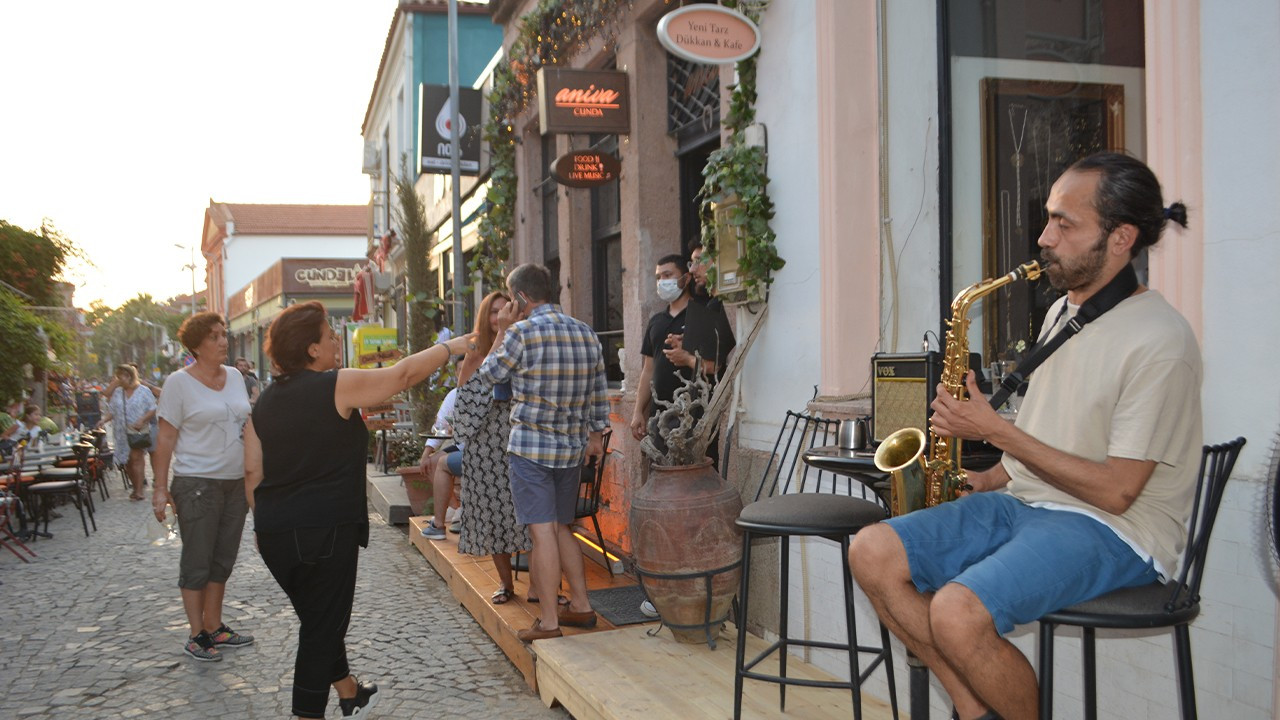