Every Istanbul resident has an opinion about Beyoğlu, the vast district of the city sloping down the hill from Taksim Square. The beating heart of the area is İstiklal Avenue: the once-great avenue with its shops, 19th-century buildings, and nostalgic tram. But the real magic is in the side streets on either side of the avenue. These narrow alleys are filled with restaurants, bars, bookshops, cafes, fish markets, and meyhanes. The area is populated by an eclectic mix of working-class families, artists, shopkeepers, hipsters, immigrants, sex workers, and minorities.

In the last decade or so, the opinions every İstanbullu has about Beyoğlu have become, like everything else in Turkey, intensely polarized. From one group of more secular, middle-class citizens, the most common refrain you will hear is “Beyoğlu is dead.” The area is too “mixed.”

Beyoğlu’s cause of death, according to this group, is racial—the Arabs have killed Beyoğlu. Whether they say this part aloud or not, the culprit is always the Syrian refugees, who have opened falafel and shawarma restaurants or hookah cafes, and the rich tourists from the Arab Gulf, who stroll the avenue with children and shopping bags from the fanciest department stories in tow.

A recent social media initiative called “We Are Taking Beyoğlu Back” aims to resurrect Beyoğlu from the dead while failing to challenge the racial undertones of this complaint. The campaign was launched on Sept. 24 with support from novelist Sinem Sal and Evrensel columnist Ayşen Şahin.

“Ten years ago the outdoor tables were removed [under President Erdoğan’s initiative]. It became impossible to obtain an alcohol license. Chain department stores began to invade İstiklal Caddesi. İnci Pastanesi, Rebul, and Robinson Crusoe moved from their [historic] locations. İkinciKat, Dot Tiyatrosu, and Nayah moved out of Beyoğlu. Zencefil, Refik, Hayalkahvesi, Babylon, Garajistanbul, Muammer Karaca Sahnesi, and many other [music or theater venues] closed. The Atatürk Cultural Center and Emek Cinema were demolished. … Then a myth was formed, passing from ear to ear: Beyoğlu is done.”

So far so good. The “We Are Taking Beyoğlu Back” manifesto begins with a list of all the wrongs that have been done to the district over the last decade. All of these blows to the district have been part of the AKP’s conservative culture war against Beyoğlu’s “sinful” reputation as a place where people freely revel and drink. The last nail in the coffin, so to speak, was the erecting of the gigantic Taksim Mosque earlier this year.

The other prong of the government’s war against Beyoğlu was turning the site into a profit-producing area without any regard for historical value. This project to transform Beyoğlu into a sterile shopping mall was the demolition of Emek Cinema in 2013. Built in 1884 with a baroque and rococo architectural style, the building held an essential place in the collective memory of Istanbulites. Despite protests against the demolition that overlapped with the Gezi Park protests, the cinema was destroyed and parts of it were transferred to a literal shopping mall, the Demirören AVM owned by a holding company cozy with the government.

And so the “We Will Take Beyoğlu Back” manifesto points to the district’s leading cause of death: the government. However, its solution does not call for protesting or resisting this disease. Instead, it asks us to treat the surface symptoms with some painless home remedies. “What needs to be done is simple: we will lay claim to the establishments that make Beyoğlu what it is.” The statement goes on to ask everyone to go to talks, concerts, and performances in the district and share pictures with the hashtag #Beyoğlunugerialıyoruz.

The campaign was successful, at least from the PR perspective. Journalist Özgür Mumcu and actress Hazal Kaya were among those who shared the popular hashtag on social media.

But there were also many who realized immediately that something was not quite right with this rhetoric of “taking Beyoğlu back.” Pınar Üzeltüzenci wrote a powerful article titled “The Suffering of Beyoğlu” for the feminist media site 5Harfliler. She wrote, “The phrase ‘Beyoğlu is finished’ and the new initiative's slogan ‘We’re taking Beyoğlu back’ actually resembles the ruling party’s dominant rhetoric of conquering.”

In other words, the government loves referring to the Ottoman Empire’s conquering of Constantinople in 1453 and treats Beyoğlu as a site to conquer again and again, with the Taksim Mosque as the latest symbolic victory. Similarly, saying that you will “take Beyoğlu back” is just a form of reconquest. Üzeltüzenci writes, “Beyoğlu is not [seen] as a common space in which [we] struggle for the right to the city. Instead, it is booty that one ‘wins back’ and possesses. [Beyoğlu] is a ping-pong ball hit back and forth in an unending ideological war.”

Then Üzeltüzenci shows how the entire discourse functions as a racist dog whistle: “Complaints that ‘İstiklal is finished’ or ‘We’re taking Beyoğlu back’ appear as a discourse that enables hatred of Arabs, Afghans, and refugees.” Because the supposed death of Beyoğlu overlaps with the beginning of the Syrian Civil War and the appearance of refugees in middle-class secular people’s most sacred playground.

But, as Üzeltüzenci recognizes, if there is a true owner of Beyoğlu that has a legitimate claim to take it back, it is certainly not secular, middle-class Turks. It is the mostly non-Muslim minorities who made the district what it is.

After all, the new Taksim Mosque was built partly to overshadow the beautiful 19th-century Greek Orthodox churchHagia Triada on the other side of the square. The implicit message is: “Beyoğlu is Muslim now.”

Nesi Altaras, editor and writer at Avlaremoz, a left-wing media site focusing on Jewish life and politics in Turkey, waded into the debate on Twitter. He wrote: “The event that [we can really] call the conquering of Pera is the expropriation of Beyoğlu’s restaurants, shops, and houses from Greeks, Jews, and Armenians [in the 20th century], and the policies designed to make [everyone] speak Turkish in the streets. The Turkish majority that conquered Beyoğlu is now unable to share this stolen property because of political squabbles.”

And so the problem with “We are taking Beyoğlu back” is not only that it implicitly suggests that the district should be taken back from Syrians and refugees. (A recent tweet arguing the antiquarian Denizler Kitapevi is turning into a falafel shop garnered thousands of likes and retweets. Whether this is true or not, the tweet shows how the language of “liberating” Beyoğlu often overlaps with anti-refugee sentiment.) The real issue is that the true owners of Beyoğlu—the Greeks, Jews, and Armenians, not to mention the LGBTIQ+ people and sex workers who have sought safe haven in the district for at least a century—are completely left out of the conversation.

A better way to approach the very real tragedy of what has happened to Beyoğlu is not to take it back from anyone, or continuing the game of ping-pong between various Turkish conquerors, but to finally find a way to share the district among all who love and need it. Beyoğlu must no longer be seen as the spoils of war. And the only way to stop this war once and for all is to unite. We should come together to challenge the mentality responsible both for the anti-minority pogroms of the 20th century and today’s neoliberal, profit-seeking destruction of urban heritage. 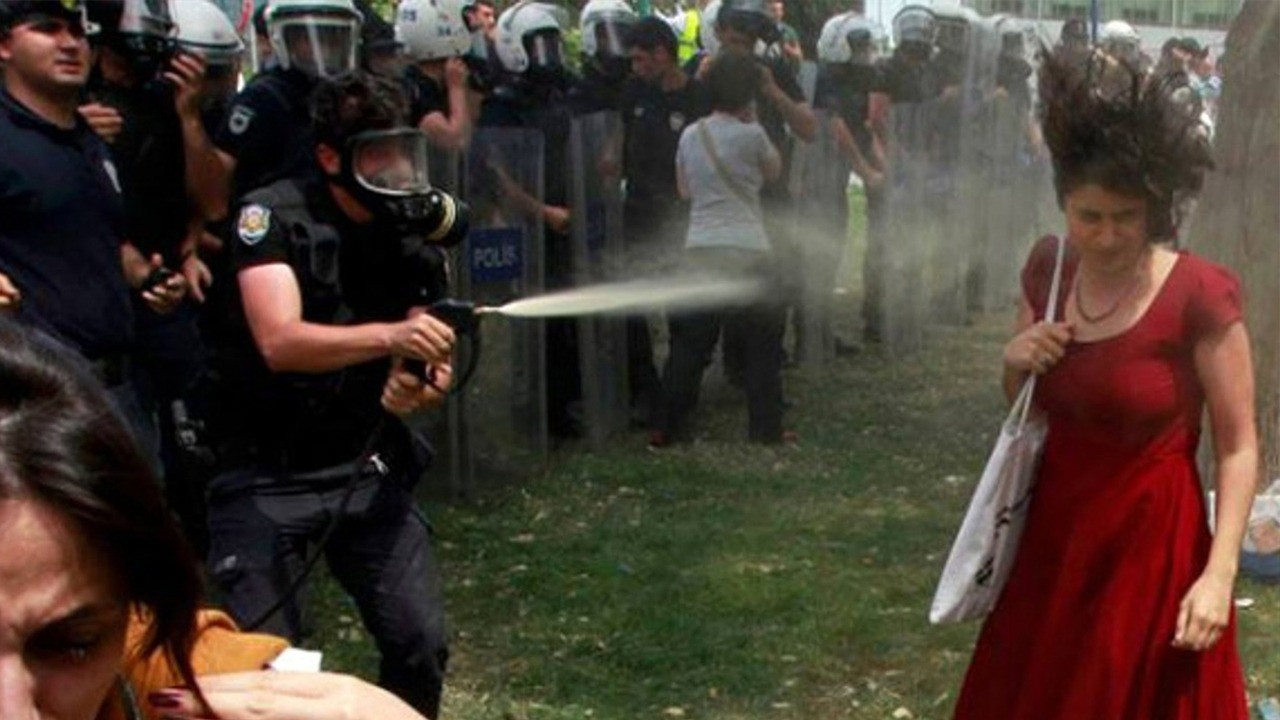 Gezi on the 8th anniversary: From citizen to networking, from cosmopolitas to cosmonetizenshipOpinion 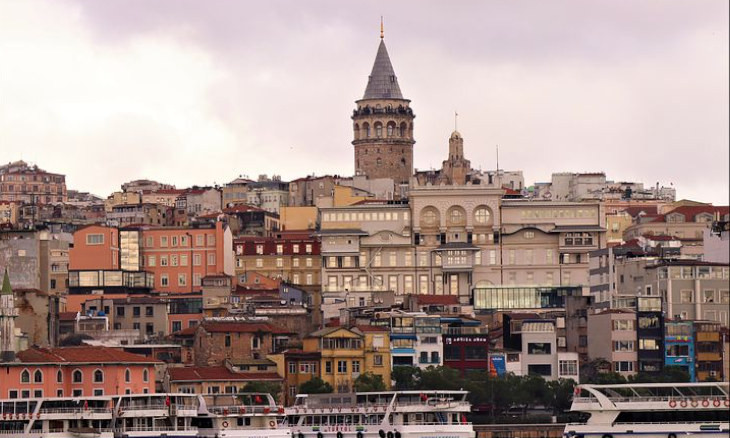