A cyclist who was fatally struck by a truck in the Aegean province of İzmir on Oct. 14 was cleared of all liability in the accident, and the driver of the motored vehicle was found guilty of violating traffic rules.

Thirty-six-year-old Zeynep Aslan had been cycling with the Karşıyaka Municipality's Youth and Sports Club for the past four years, as the activity helped her navigate symptoms of her MS disease, her father said.

The fatal crash occurred in İzmir's Kaklıç suburb, where truck driver Aycan Yörük struck the cyclist in an attempt to swerve around construction machinery on the road.

Truck operator Aycan Yörük was charged with primary guilt for violating Aslan's lane in an obtrusive manner, and construction workers İ.K. and M.Y. were charged with secondary guilt for failing to take sufficient safety precautions.

"The truck driver was careless to the point that he didn't realize he struck the cyclist until he heard a loud bang from the left side of his vehicle," the court ruling noted.

The cyclist was propelled 17.5 meters away upon impact, and there were reportedly 5.3 meters of skid marks on the concrete where the driver tried to stop.

The cyclist was reportedly out of the driver's blind spot when they collided. 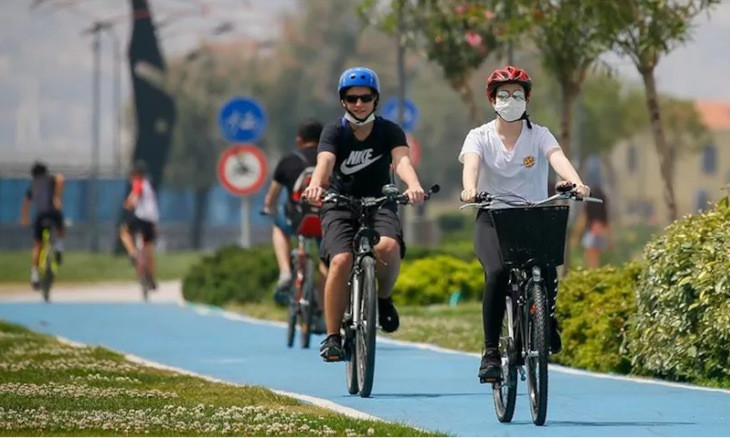 258 cyclists killed in two years in Turkey, with courts finding them 'at fault' for their deathsDomestic
Topics Turkey Turkish İzmir Cycling in Turkey Karşıyaka
Columns