A Kurdish artist who previously accused another painter of plagiarizing his work was revealed to have copied the work of a French photographer.

Hakan Yaşar this week accused Turkish painter Elif Şahin Altunkaya of plagiarizing his work and pointed to the "lack of understanding of art" after she was lauded with awards.

In response, Altunkaya denied copying Yaşar's painting and challenged Yaşar to a duel, where the two artists will paint side by side. Yaşar accepted the invitation on Twitter.

Days later, however, it was revealed that the source of both paintings was French photographer Pierre Gonnord's picture titled "Maria, Joao e Isaac" that he exhibited in 2014.

Both Yaşar and Altunkaya are students of Turkish artist Eser Afacan, who, according to Yaşar, is the first person to have copied Gonnord's work.

Speaking to Duvar, Yaşar said that his painting "Twins" is one of his early works and that he was "inspired" by the picture.

"I made some minor changes and this is natural for a painter," Yaşar said, claiming that he didn't plagiarize since copying a picture can't be accepted within the framework of plagiarism.

"If I had based my work of another's painting, that would have been plagiarism," he said, reiterating his accusations against Altunkaya.

Altunkaya, in response, said that she will respond to Yaşar's "insults" with her works.

Afacan denied commenting on the issue. 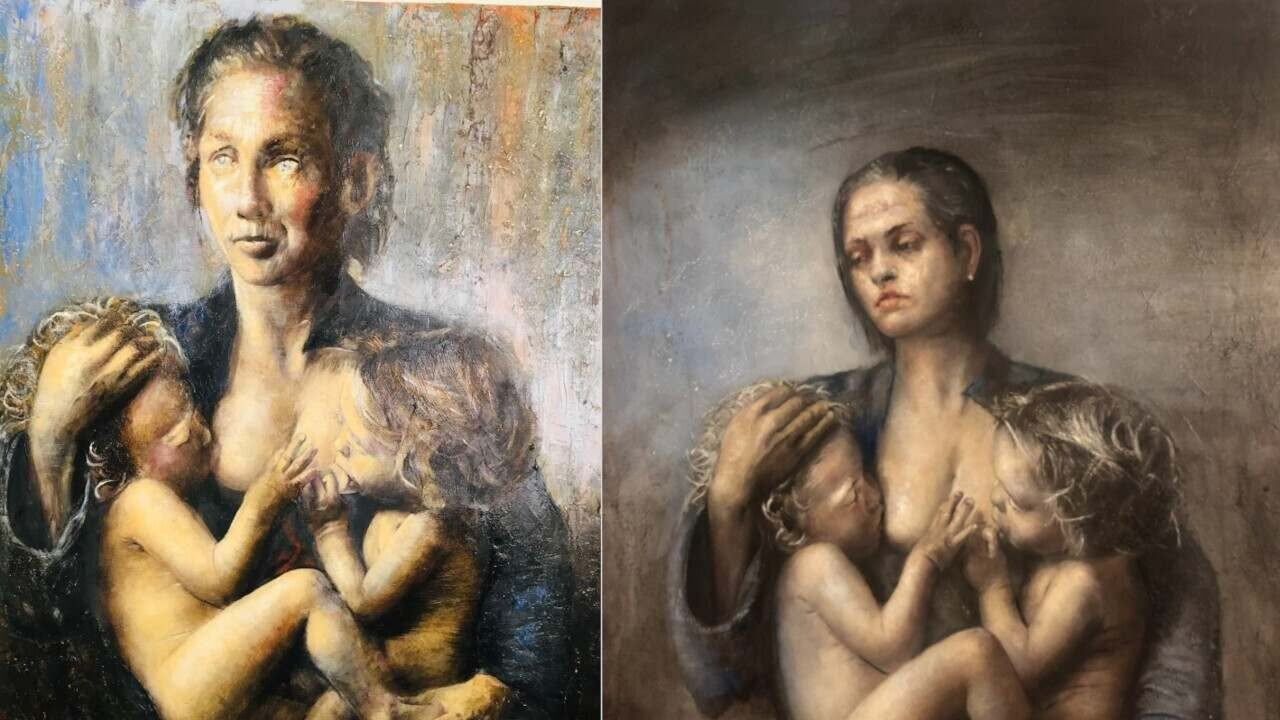