The sentence is the maximum limit of the penalty stipulated for the relevant charge in Turkish law. It concerns Demirtaş's remarks at Istanbul's Atatürk Airport in 2015 on his return from Russia.

“Several insult cases have been launched against me for criticizing [the government's] foreign policies. Two separate indictments have been prepared against me for just voicing a couple of criticism. There is no point in going on further; I have criticized the government. I have not directly targeted the president or prime minister,” Demirtaş told the court on March 22, as he attended the hearing via the audiovisual informatics system SEGBİS.

“I am now upset for not having said more at the time. It seems my remarks were very light. It is the democratic society's duty to criticize the government,” he said.

Lawyer Ramazan Demir said that the sentence given to Demirtaş is one of the highest prison sentences ever given in an Erdoğan “insult” case.

Demirtaş's wife Başak Demirtaş on Twitter shared the renowned Kurdish politician's 2015 speech for which he received the relevant conviction. In the video, Demirtaş criticizes Ankara for ordering the downing of a Russian jet which strained relations between the two countries at the time.

“Let them show me only one benefit to Turkey of the downing of the Russian jet and I will apologize. Millions of people are right now suffering [from Turkey's action],” Demirtaş says in the video, referring to Turkish people doing business with Russia.

Başak Demirtaş said that the renowned politician made his remarks after he was branded as a “traitor” by Turkish pro-government newspapers over his Moscow visit.

“[Demirtaş] had made the speech for which he has been sentenced in response to these [newspaper] statements and headlines. Is it Selahattin who did the insulting or those who made these statements or wrote these headlines?” Başak Demirtaş asked.

Demirtaş has been imprisoned on terrorism charges since Nov. 4, 2016. The European Court of Human Rights ruled in December that Turkey must immediately release the renowned politician, saying the justification for his four years in prison was a cover for limiting pluralism and debate. 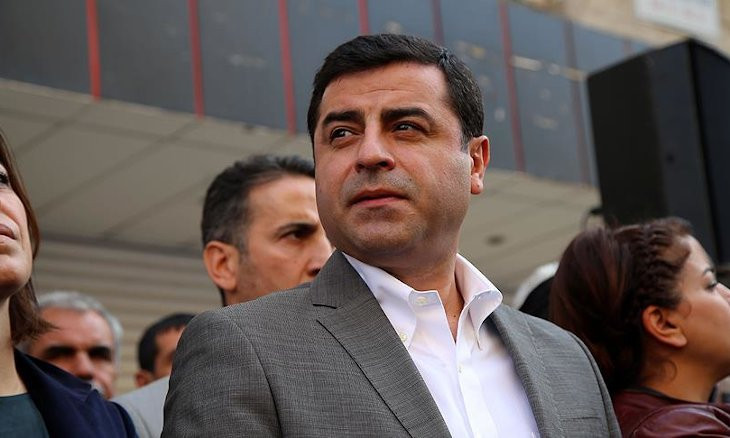 Demirtaş to judges: Do not sacrifice yourselves for gov't, it will change in upcoming electionPolitics