Founders and editors of independent news portal Diken were acquitted on Sept. 3 of all terrorism charges related to the anonymous Twitter phenomenon known as “Fuat Avni” that gained attention for its occasionally accurate predictions of Turkish political events. 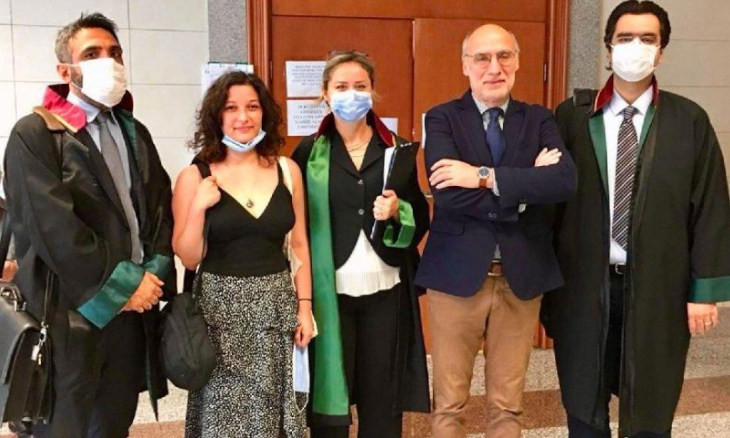 The Fuat Avni Twitter account was closely followed after it began tweeting in 2014, during when the Justice and Development Party (AKP) government was struggling with corruption allegations. The account, which claimed to be a part of President Recep Tayyip Erdoğan’s inner circle, posted tweets that accurately predicted various events before they even occurred.

Editor-in-chief Güven noted in his defense that the only reason they reported on the Fuat Avni events were because they were current events that they thought the public should be informed of.

Diken has "done nothing but journalism" since its foundation, a duty that requires objectivity, founder Simavi added.

"We haven't aligned ourselves with or against any political party, institution or organization. The only value with stand with are universal human rights," Simavi said.

Meanwhile, daily Sabah reported on the Fuat Avni events some 2,870 times, as well as dailies Hürriyet and Milliyet, none of which faced charges for their reporting, lawyer Sevgi Kalan noted.

The public prosecutor called for an acquittal as discovery yielded no proof of any defendant's relations to Fuat Avni, dubbed a "terrorist" entity in the lawsuit.

The Istanbul Chief Public Prosecutor's Office had issued charges against executives of T24, Diken and daily Birgün for reporting on the Fuat Avni events.