The oldest known painting of Alevi philosopher Haji Bektash Veli was sold in the Oriental Art Auction House in the Dutch city of Hattem, Doğan news agency reported on June 8.

The 371-year-old painting was sold for 40,000 euros to a Turkish buyer, whose name has not been disclosed.

The painting created by calligrapher Ahmed el Üsküdari depicts a dragon asking the philosopher about its missing babies.

According to the Ottoman caption below the painting, the man on the left is Haji Bektash Veli, while the figure on the right side is 13th-century dervish Sarı Saltuk Baba.

“This painting is not just a portrait; it also tells a story of a dragon (snake). We see the dragon's head in the portrait. This dragon asks to Haji Bektash Veli, 'I have lost my children, where are they?'” Mehmet Tütüncü, the previous owner of the painting, was quoted as saying by Doğan news agency.

“Sarı Saltuk is said to have encountered a dragon when he went to the Balkans and killed it. Moreover, this dragon motif represents human desires, meaning the defeat of oneself by desires,” Tütüncü said.

Haji Bektash Veli is the great Turkish philosopher of the 13th century, the practitioner of Hoca Ahmed Yesevi’s doctrines in Anatolia and the eponym of the Bektashism, a religious order of Alevism. The base of his philosophy lies on humanity, human rights and social equality. 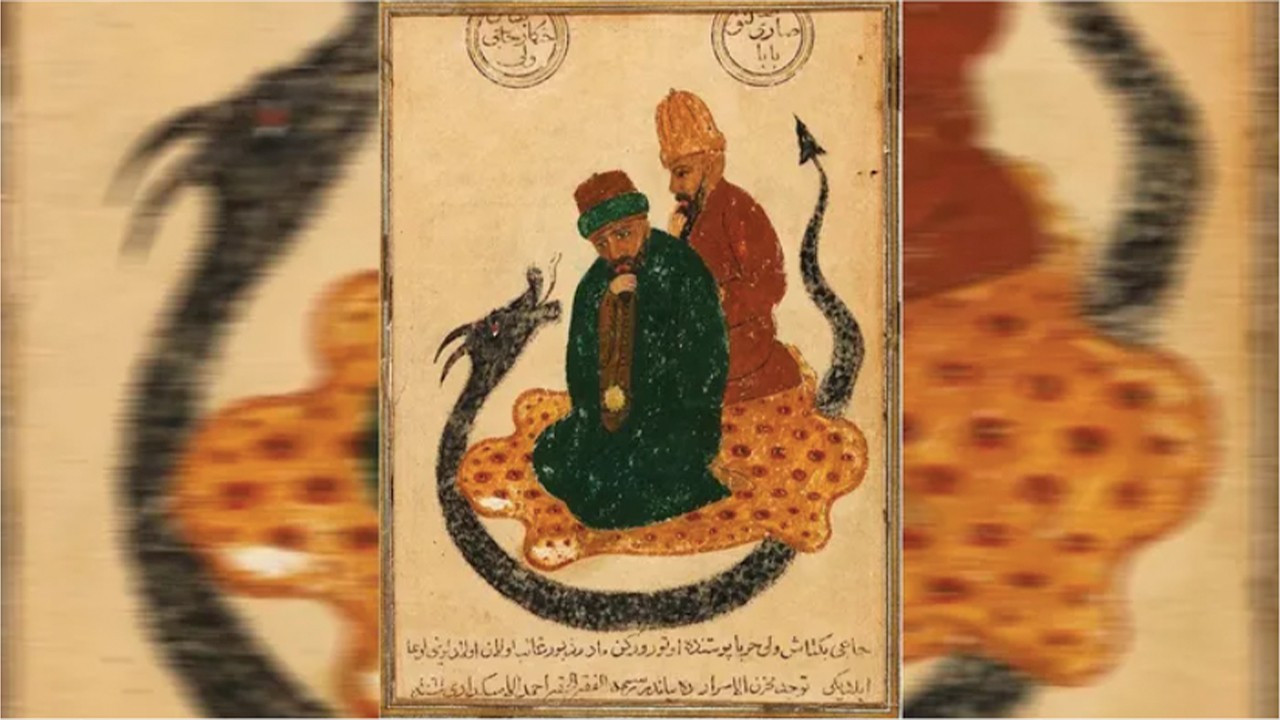