We are run by a sentimental government. In fact, the President frequently mentions his love and his passion for this nation and country at his rallies. However, recently, it looks as though the government’s activities are driven by hatred and revenge — as though someone is shouting at the top of their voice, “I will get even with you!”

Then, the parliament started to debate splitting up the bar associations. Ways to close social media are being sought. Young people are being threatened by sentences like “Those who dislike will be disliked.” Television channels are being closed. There is an attempt to remove the gains by women, which have barely been won, that provide certain rights and security of life. LBGTI+ people are being targeted. Journalists are being arrested; human rights defenders are being sued and punished.

There is also the individual settling of accounts. Istanbul Şehir University is being closed in such a move.

A trustee was appointed to head Şehir University a couple of months ago. Last week, its activities were stopped by a short presidential decree. Dozens of staff, academics and students of this university had no fault in this, of course, but the head of its Board of Trustees is Ahmet Davutoğlu, who is now a political rival. This is exactly like what happened to the students of the 15 universities that were closed during the state of emergency due to a statutory decree; those academics were not able to find jobs at other universities due to the stigma of the statutory decree.

Nevertheless, actually, there was a huge offense committed. Ahmet Davutoğlu did what he shouldn’t have done. Through his obedience, he paid the price of the position of prime minister bestowed upon him. Despite his efforts, he fell victim to his ambition of dreaming that he would one day be able to act like a real prime minister. Thankfully, this dream was short-lived. When he woke up, he was neither the prime minister nor did he have his privileged position within the party. He advanced a long way on the road of becoming a former PM who nobody remembers, but about a year ago he rebelled through the multi-page manifesto he wrote. Then he formed a new party. He must have foreseen when he started what kind of consequences this might have. However, it can be understood from what he says today that he did not predict that the arrows of revenge targeting him would destroy a huge university with a seafront campus, seven faculties, three institutes, a vocational school of higher education, thousands of students and a competent academic staff. 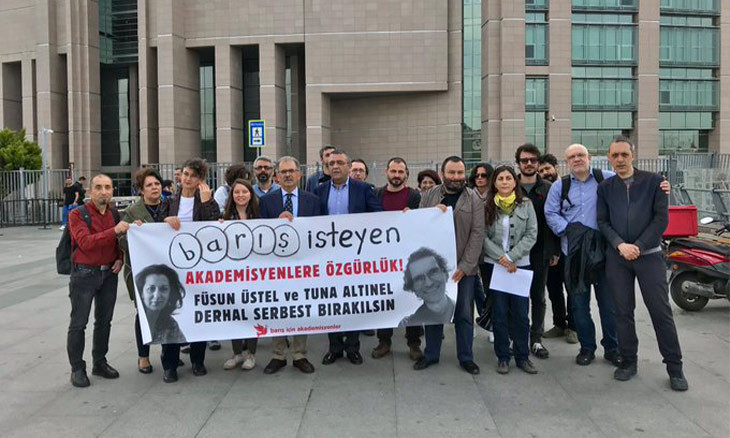 His righteou rebuke was as follows: “What makes me so sad about Istanbul Şehir University is that Higher Education Board (YÖK) members I personally know, academics, deputies, and representatives of non-governmental organizations are opting for tactical silence. Several friends we thought would act in accordance with their conscience have been quiet. Their silence has made us as sad as, and even sadder than, those who closed this university with hubris and hatred. Those who keep quiet now may think a while later that this storm will end and they will continue from where they were before, advocating for civilization, wisdom, knowledge, reason and freedom. These friends of ours should not forget that tactical steps in politics can be tolerated to a certain extent, but in the world of science, they can never be tolerated.”

Davutoğlu added that those who stay quiet now for the sake of tactical gains like positions, jobs and status would be condemned before history, the memory of which is strong.

Of course, these words would have had more credibility if they had not come from a person who had accused the academics who signed the peace petition in January 2016 of “positioning themselves behind a terror organization.” The “Academics for Peace” who signed the petition were targeted by the president in January 2016, and they were insulted, subjected to investigation, sued, and arrested. The majority of them were expelled from their universities. In the end, they were acquitted following a decision by the Constitutional Court that said signing the petition was their “freedom of expression.” At that time, Davutoğlu was against the decision of the Constitutional Court. He claimed the petition could not be considered a form of freedom of expression and that he felt ashamed about the decision. He now claims just the opposite of what he said then. He says now that he was at odds with President Erdoğan on the Academics for Peace issue. He says that he argued that the petition was a form of freedom of expression. However, as it has been said before, history has a strong memory, and his words have already been quoted in news stories.

Now, one cannot but think back and imagine what would have happened if Davutoğlu had openly declared back in January 2016 that, even though this petition contained harsh criticism, it was within the limits of freedom of expression. What if he had said that academic freedom can only be possible through the easy circulation of critical knowledge? Then, several university rectors could have been inspired, maybe, by the courage of the prime minister. Then, these rectors, when they held talks with the president with the goal of being reappointed by him, would not have negotiated, perhaps, which names should be sacrificed from the list of Academics for Peace. They could have told the president, “Signing this petition is within the scope of our colleagues’ freedom of expression.” At least some of our colleagues, as Davutoğlu said last week, could have found the courage to voice the righteous argument that everybody knows about this universal principle. They would not have kept quiet, as Davutoğlu said, for “tactical gains such as their positions, jobs and status.”

Maybe in January 2016, if the former prime minister, who now resents his colleagues and who kept quiet before the events regarding Şehir University, had remembered that he was also an academic benefiting from free expression, then universities may not have been in the dark position they are in today. Professors would not be afraid to give lectures, students would not be afraid of their classmates. Nobody would be afraid of expressing their opinion; they would not fear that the same thing might happen to them if they object to a decision. There would not be a long list of topics that are problematic to deal with. Universities and academic staff would not be left to the mercy of certain people who became professors and even rectors without even publishing an academic article.

Well of course, it did not happen that way. We absolutely have this past to remember. Universities in Turkey were never a rose garden for free thought. However, January 2016 was a critical turning point in destroying the last remaining pieces of expression in the name of universities in Turkey. The “tactical silence” Davutoğlu mentioned developed long before Şehir University was closed.

Behind that tactical silence were not only small calculations, but open fear as well. Fear was in the campuses and corridors of university departments when 406 people from Academics for Peace were expelled from their universities at midnight through a statutory decree. It was like cancer. Like the cancer Professor Haluk Savaş developed when he was expelled and his passport was seized, when he could not continue his medical treatment abroad. He eventually died last week. It was like Mehmet Fatih Traş, whose contract was not renewed because he was a signatory to the petition. He was not able to find a job at any other university and took his own life. It was not only those who sat in their rooms quietly and made calculations about who they would hire. It was the fact that they could lose their jobs, their livelihood, and their reputation for no reason at all in just an instance. This was how we arrived at this period. The memory of history Davutoğlu relies on so much will write it like this.

If we take a look at some articles in certain papers that are said to be for the opposition, they praise the OHAL commission, i.e. the commission formed to deal with complaints against administrative decisions during the state of emergency. It was written that it had successfully reviewed 108,000 of the 126,000 files it had received. Last Saturday, the papers wrote “by mistake” that, due to a decision by the commission, 12,200 civil servants that had been expelled by statutory decree would return to their jobs. Saygı Öztürk from the daily paper Sözcü wrote this figure as if it were the number of people who would go back to their jobs tomorrow, but this is the total number of people who have been able to return to their positions in the past two and a half years of the commission’s operation.

Let us look at what is actually happening. There is not even one person who is known to have been returned to their job among the 406 academics for peace who were expelled. All of them were acquitted. The OHAL commission that has been working for two and a half years and will continue their work until the end of 2020 has not reviewed even one file or decided positively or negatively for any one of them.

At the beginning, the commission was said to be reviewing the files according to the issue date of the statutory decree. It seems to have left the debate of the Academics for Peace files to the very end, the ones who have been expelled with decrees issued from September 1, 2016 to July 8, 2018, and all of whom have been acquitted. It is not very difficult to guess the reason. We are living in a world of politics that is full of sentiment. We are not run by wisdom and law, but by sentiments of revenge and fear. 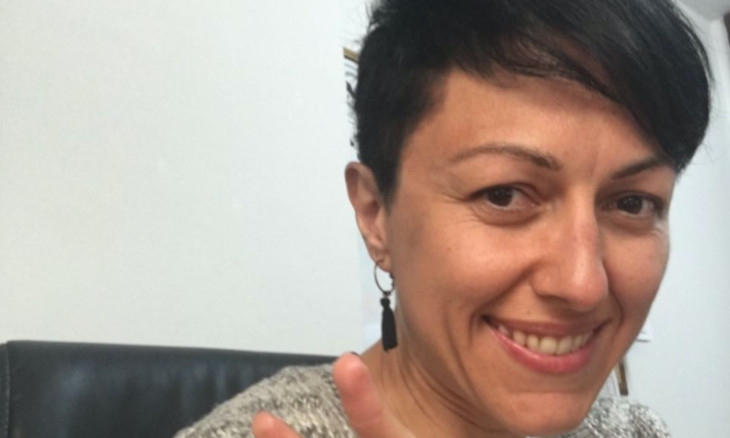