Former elected rector of Boğaziçi University, Prof. Üstün Ergüder received the public support of 1,460 intellectuals after Interior Minister Süleyman Soylu targeted him regarding the months-long protests against the president's rector appointment to the university.

President Recep Tayyip Erdoğan's appointment of a ruling Justice and Development Party (AKP) member as rector of Boğaziçi on Jan. 1 has been the source of weeks-long protests against the interruption of academic freedom.

Minister Soylu recently said that the former rector had been provocative regarding the protests in the public eye because the latter had voiced support for the resistance against Erdoğan's rector.

"We are proud to be coworkers, students, allies, and friends of Prof. Üstün Ergüder," said the 1,460 signatories on the public statement in support of the former rector.

"Looking for a malevolent agenda underneath Prof. Üstün Ergüder's efforts for a better Turkey and a better university, making these implications is highly unfortunate and unbecoming. We invite the government to be respectful toward the valuable scientists of our country." 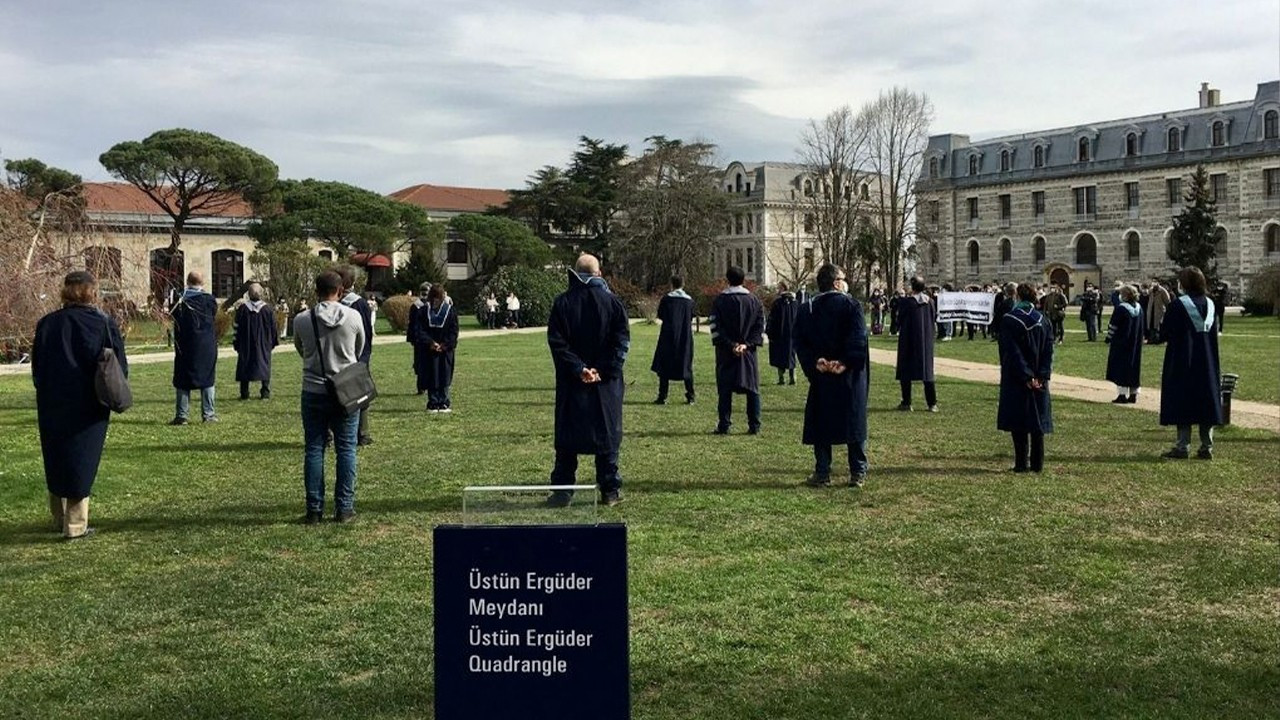