A court in the southern province of Antalya has sentenced a primary school teacher to 621 years in prison for sexually abusing 26 of his students, online news portal Bianet reported.

This is the longest prison sentence ever given in a Turkish court for a case that involves one suspect.

The final hearing of the case took place on Nov. 11 at the Antalya 6th Heavy Penal Court. The suspect Mahmut Aydın K. joined the hearing through the audio-visual information system SEGBİS as part of measures taken due to the novel coronavirus.

The court found the teacher guilty on charges of sexually abusing 26 of his students and did not go for a reduction in his sentence on the grounds of “good behavior.” The court also ruled that Aydın K. be banned from teaching for life.

Serap Ertuğrul, a lawyer for the Antalya Bar Association's Children Rights Center, told reporters that they were pleased about the court's decision and expressed their hope that the decision would be upheld by a higher court.

The president of the Struggle Foundation for National Children Alliance and Children Abuse (UCİM) has said that the sexual abuse incidents came out to light after one of the children spoke out against the convict.

“I would like to thank that child in front of all my nation. I would like to tell that child: My beautiful child, it is so good that you have spoken and cleared that abuser from within society,” said UCİM president Saadet Özkan.

“The Antalya 6th Heavy Penal Court gave one of the most important decisions of the Turkish Republic. It gave us this message: If we get to implement justice in a right way, we can save the children,” Özkan said.

Child advocates have been calling for better sex abuse prevention for years. The Turkish government says it will work on prevention but has not specified how. 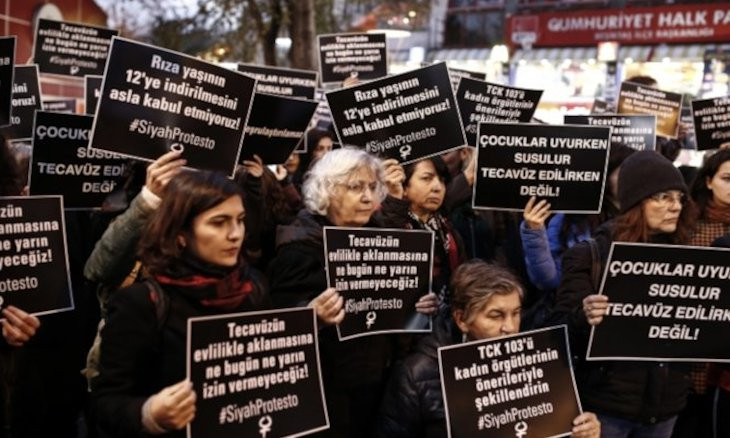