Police on June 18 battered a group of Istanbul's Tozkoparan residents for protesting an urban transformation project that would result in the demolition of their homes.

Residents' demonstrations against the project surpassed a week on June 20, during which the state also shut off their utilities despite their protests against the illegal construction.

Police is seen battering residents in a video recorded by one of the protesters on June 18, and the eyewitness behind the camera is heard saying "Witness the police brutality in Tozkoparan."

"We had a 400-person march, and the state shut off our electricity. A person can't live without power or water," resident Haluk Çavuş was heard saying in a public statement on June 18.

Çavuş added that the residents need to be gifted houses if their current homes were to be demolished as part of the construction project, noting that the people's will is the state's biggest responsibility to fulfill.

"We were just starting to think we were safe, but they shut off our water and power. We're going to have to live in there without utilities, we don't have anywhere else to go," 76-year-old resident Hatice Ün told the daily BirGün.

Diabetic 61-year-old resident Şerife Atçı echoed her neighbor's message by saying that she had nowhere else to go, adding that the residents should be gifted new homes if their residences were to be taken down. 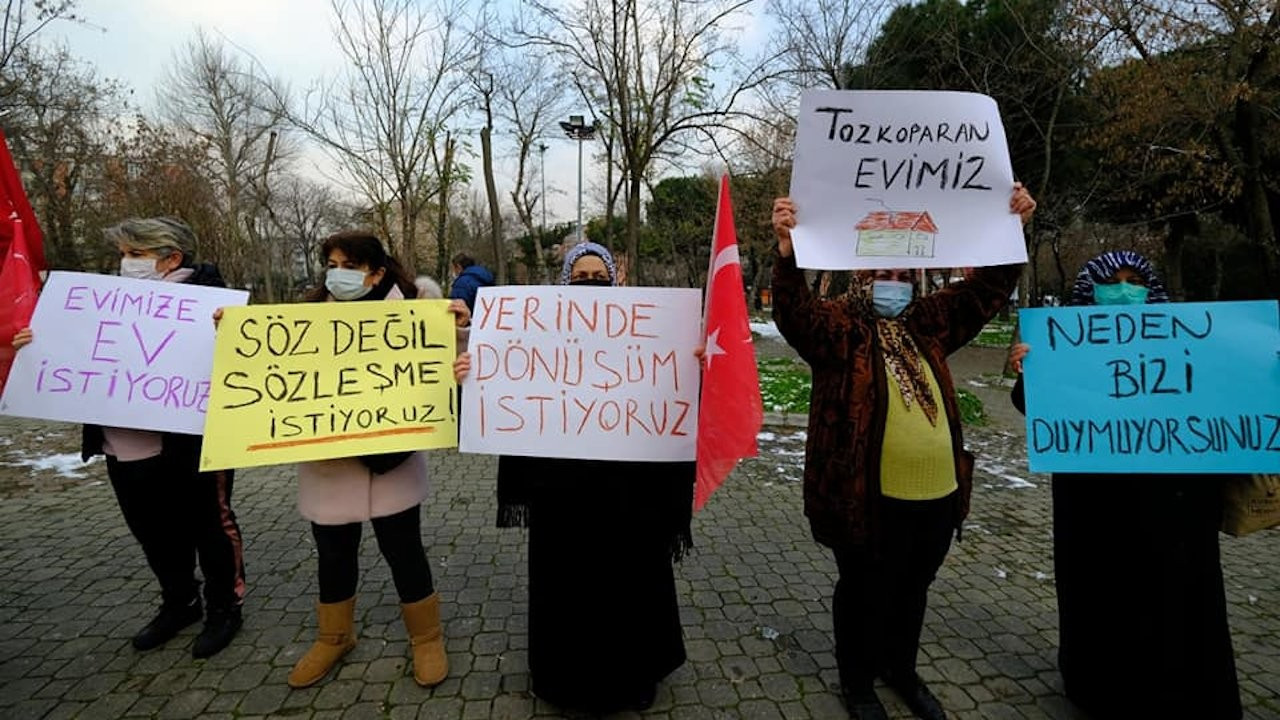