The formation of all the new parties are reiterating the need for the ruling Justice and Development Party (AKP), President Recep Tayyip Erdoğan has said, as he commented on a new party founded by his former ally Ali Babacan.

"All the new formations that are presented as new only reiterate the need for the AKP. They are of no use to anything," Erdoğan told AKP members in a speech in the capital Ankara on March 11, in apparent reference to Babacan's party.

Babacan launched his Democracy and Progress Party (DEVA), meaning "remedy" in Turkish, on March 11, eight months after he resigned from the AKP over "deep differences."

Babacan is a founding member of the AKP, which has ruled Turkey since 2002, served as economy and then foreign minister before becoming deputy prime minister, a role he held from 2009 to 2015.

During his speech, Erdoğan said the new parties are "none of the AKP's concern."

"Those who don't have the people and their country as their cause are always doomed to fail," he also said. 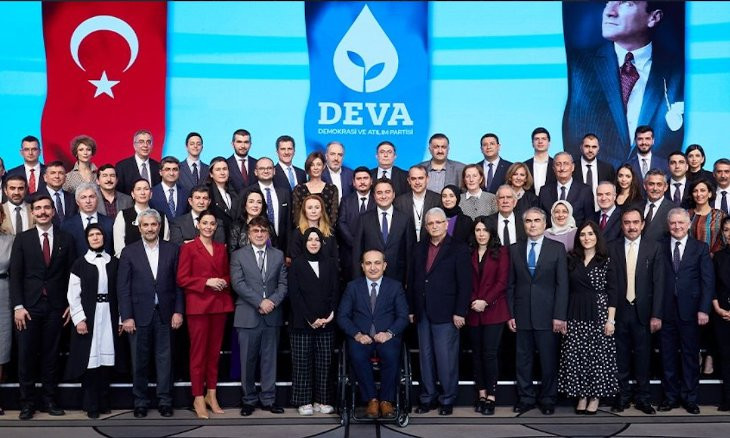 Urging AKP members to find opinion leaders in the districts and provinces they are in charge of when they are forming their cadres, Erdoğan said that the party doesn't have to continue on its path with the same people.

"We have to continue on our way with a dynamic structure," he said.

Separately, pro-government columnist Abdülkadir Selvi reported on March 12 that Erdoğan deemed one of the founders of Babacan's party a secret supporter of the U.S.-based Islamic preacher Fethullah Gülen.

The Gülen movement, officially called the Fethullahist Terrorist Organization (FETÖ), is an ally-turned-foe of Erdoğan and the AKP. The group is widely believed to have been behind the July 15, 2016 failed takeover bid that claimed the lives of over 250 people.