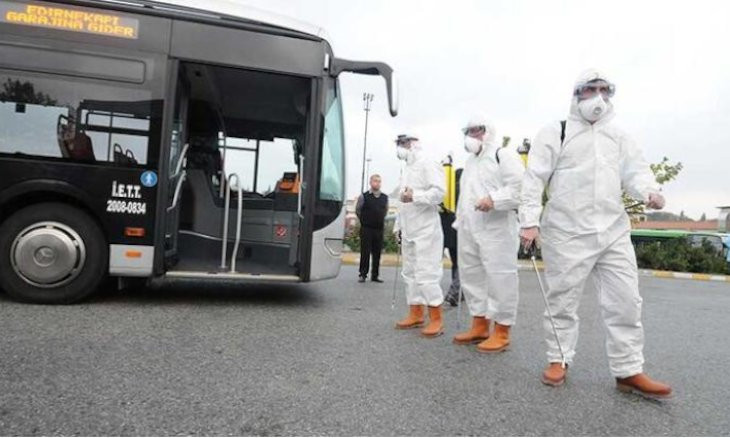 The Interior Ministry has launched a probe into Istanbul Mayor Ekrem İmamoğlu over the municipality's donation campaign against the coronavirus (COVID-19) pandemic.

"The Interior Minister launched a probe into the process of collecting donations. An inspector is carrying out the investigation," İmamoğlu told daily Sözcü on April 17, adding that the probe was launched on April 10.

The row between President Recep Tayyip Erdoğan's ruling Justice and Development Party (AKP) and the mayors from the main opposition Republican People's Party (CHP) began when the ministry said that the donation campaigns of the municipalities are against the regulations on March 31.

The municipalities' donation accounts were blocked at the same time, prompting criticism against the government for preventing people from getting the help they need.

İmamoğlu has been calling on the state-owned Vakıfbank to send the money collected as part of the aid campaign right back the municipality since then.

"The blockage is ongoing and we have filed a legal application. The court asked for a response from the governor's office and they were given 15 days to respond. The time has not expired yet. This issue will be resolved eventually. What the banks are doing now is illegal and out of fear. It's a disgrace in the history of banking," İmamoğlu said.

"If you see a wrong procedure, you can launch an investigation into the Istanbul Mayor, but you can't block the citizens' donations," he added.

According to İmamoğlu, a probe was also launched into Ankara Mayor Mansur Yavaş over the same reason.

"You can launch probes, but blocking money belonging to the citizens is a weak and miserable attitude. Whoever ordered this to take place is also a part of this weakness," İmamoğlu said.