Ali İhsan Yavuz, the deputy chairman of the ruling Justice and Development Party (AKP), has refuted allegations that the party was planning to abolish the 50 percent threshold criteria required for a presidential election candidate to win the race in the first round.

“A news report published with an assertive title 'Electoral system is changing! 50+1 percent [threshold] is being lifted' is an example of a deskjob journalism,” Yavuz wrote on his Twitter account on May 6. 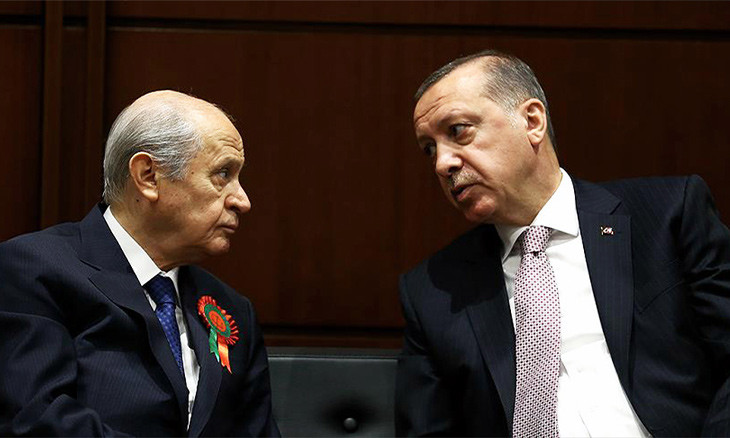 Yavuz's comments came after Yeniçağ newspaper earlier reported that President Recep Tayyip Erdoğan, who is also the chairman of the AKP, asked seniors officials to prepare a draft legislation seeking changes to the presidential electoral system during a Central Executive Board (MYK) meeting on May 5.

Basing its report on backstage rumors, the newspaper said that Erdoğan wants to abolish the current 50 percent threshold criteria, which is necessary for a candidate to win the presidential elections.

If the threshold of 50 percent in the initial round is abolished, then whichever candidate gets the most vote wins the race automatically.

“The shift to the presidential system is one of our most important and valuable doings which has come into effect with the approval of our nation, against the parliamentary system, which produces chaos, crisis and instability. It is out of the question for us to think going back,” Yavuz also wrote.

Erdoğan was at the time asked what he thought about Çelik's comments and he said that the AKP would not bring such a proposal to the agenda of the parliament, but it is “the job of the opposition.”

Yeniçağ's report comes amid reports that support for the AKP is dropping.

Following a constitutional referendum held in 2017, Turkey made changes to 74 articles in the constitution, giving the president new powers. The amendments meant the president is now the head of state and head of government.

Erdoğan’s oath in the parliament following a national vote in 2018 officially ended the parliamentary system which lasted since 1920 and made Turkey to switch to an executive presidency.