Sevda Noyan, an Islamist TV commentator, has said that her family has a “capability” to kill at least 50 people if a new coup attempt is undertaken in Turkey, and some of these people "on the list" are those living in her residential building complex.

“We could not do what we really wanted to do on [the failed coup attempt of] 15 July, 2016. We got caught unprepared. Let this be fully understood. Our family has a capability of taking [executing] 50 people. We are very prepared regarding this – both financially and spiritually. We stand by our leader [President Recep Tayyip Erdoğan],” Noyan said during a TV program aired on the pro-government channel Ülke TV.

The program's host Esra Elönü smiled at Noyan's remarks, agreeing that such people "should mind their steps."

Noyan's remarks were widely slammed on social media, with İlhan Taşçı, a member of the Radio and Television High Council (RTÜK) from the main opposition Republican People's Party (CHP), saying that he will take the issue to the authorities.

“This broadcast has caused a wide public unrest. I am receiving many questions. I will personally follow up on the issue with the RTÜK. I will on May 11 file a petition for the issue to be discussed at the Supreme Board [of RTÜK]. The law of RTÜK considers 'explicit instigation of animosity and hatred' as a crime,” Taşçı wrote on his Twitter account on May 8.

After her comments drew ire, Noyan released a statement on her Twitter account, saying: “I say this explicitly and clearly. I am not afraid of any of you, treacherous zombies. If you attempt to undertake a coup in this country, know that your end will not be good. I send you back your insults, know that I am not influenced by them at all, you treacherous zombies.”

“Why did my remarks affect you, are you planning to undertake a coup again? You cannot find a hole to run away to this time. Attack me with fake accounts as much as you want; I will not be affected. I am used to your slanders. My leader is Recep Tayyip Erdoğan. I am on his side until the end,” she further wrote. 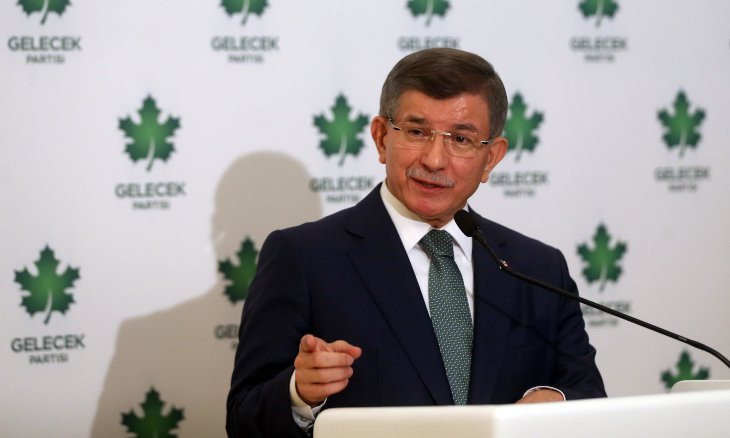 “The end of the regime of the [presidential] palace, the order of the palace is about to come. That fall will bring an end to these assignments that Atatürk [the founder of modern Turkish Republic] would regret,” CHP lawmaker Özgür Özel had said on April 30. Özel was referring to the appointment of Prof. Ahmet Yaramış, a member of the executive board of the controversial Ensar Foundation, as the new head of the Turkish Historical Institute (TTK).

Kaftancıoğlu on the other hand had said the AKP will no longer be the political party in power in the upcoming period as a result of "an early election or in another way.”

Afterwards, AKP figures targeted the two CHP officials, with some even tweeting thinly unveiled threats against them.