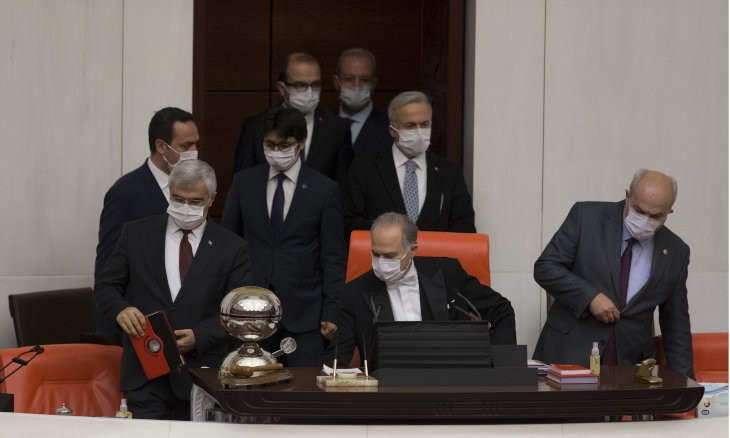 “The [Health Ministry's] Coronavirus Science Committee is making statements indicating their concern about all these decisions [to reopen the malls]. The public does not know where and on what grounds these conflicting decisions are taken. While open areas such as parks and gardens are closed, the Turkish parliament is closed, why are shopping malls being opened?” CHP spokesperson Faik Öztrak asked in a press conference on May 11.

Former prime minister and founder of the Future Party Ahmet Davutoğlu similarly criticized the government's move to reopen malls at a time when the parliament stays shut.

“If there is a risk of epidemic, why are you then opening the malls today? If there is no harm in reopening of malls, why is the Turkish parliament shut, why are our mosques shut?” Davutoğlu asked in a video posted on his social media account on May 11.

After a closure of nearly two months, shopping malls reopened on May 11, while small businesses remain closed. The government's move is seen as a response to the pressure from mall owners, many of whom are said to have ties to the ruling Justice and Development Party (AKP).

Davutoğlu asked “why President [Recep Tayyip Erdoğan] is locking himself at Huber Mansion” if Turkey has overcome the pandemic to the extent that it can reopen the malls. “Why is he [Erdoğan] not coming to Ankara, to the Presidential Complex and convening the Cabinet there?” Davutoğlu asked, referring to Erdoğan's chairing his meetings with the Cabinet members via teleconference from his residence in Istanbul.

Hüseyin Altaş, the head of the Shopping Centers and Investors Association, said in April that it was Treasury and Finance Minister Berat Albayrak, who is also Erdoğan's son-in-law, who wanted the shopping malls to be reopened in May. 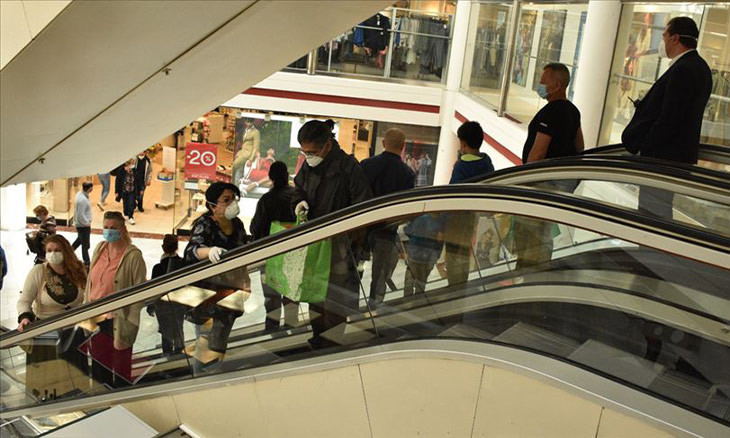 "We talked with Treasury and Finance Deputy Minister Nureddin Nebati one week ago. He called us and said, 'Our minister Berat Albayrak wants the malls to be opened on May 4.' We said, 'May 4 is very early, it is not possible for the malls to be ready by then, but it can be after May 11,'" Altaş was quoted as saying by Turkish media outlets.

Treasury Ministry's name should be changed to 'inadequacy and levity,' says Davutoğlu

Davutoğlu said that Treasury and Finance Ministry's “inadequacy and levity” was behind Turkey's deteriorating economy amid the coronavirus outbreak. Davutoğlu's comments came as Turkish Lira hit a record low of 7.269 against dollar last week.

Despite several experts' warnings that a major pandemic-induced financial crisis is about to hit Turkey and the country needs the International Monetary Fund, Albayrak has been trying to paint a rose-colored picture of the Turkish economy.

“The dreams were to make Istanbul the hub of international finance, but with the current ruling power, Turkey is about to go out of the international financial system, let alone Istanbul. Why did we come to this point? This question has a very simple answer: Inadequacy and levity. If we were to change Treasury and Finance Ministry's name to 'inadequacy and levity,' no one would find it strange, as this economic management has totally discredited the Turkish Republic's financial institutions,” Davutoğlu said. 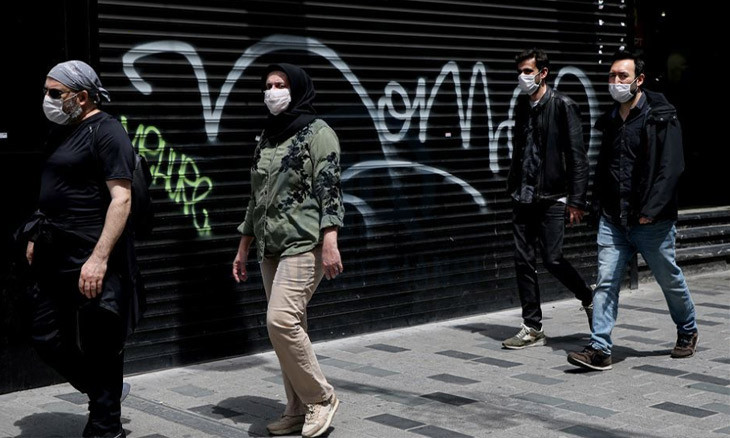 Experts warn against risk of contaminated air in shopping malls

Prof. Dr. Alpay Azap, a member of the Coronavirus Science Committee, said on May 11 that he would not go to a mall “unless obliged to do so.”

Asked by journalist İsmail Küçükkaya, the host of Fox TV's “Çalar Saat” program, if he would go to a shopping mall, Azap said: “I would not, unless I have to.”

Experts warn against the risk of contaminated air in shopping malls. Yunus Yener, the head of the Mechanical Engineers Chamber, said that the maintenance managers of the shopping malls should take extra care with ventilation and air condition system to stop the spread of the virus. “If the system's maintenance and inspections are not undertaken in line with technical standards, it will lead to the spread of the coronavirus,” Yener was quoted as saying by Turkish media outlets last week.