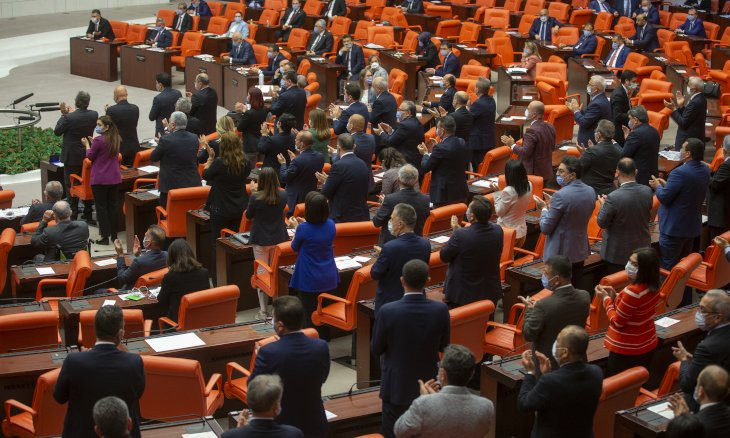 Ruling Justice and Development Party (AKP) officials have said that a new period is beginning in Turkish politics following the jailing of three opposition politicians, whose parliamentary statuses were stripped on June 4.

"June 4 is a milestone," AKP officials said about the decision, which was adopted a week ago without the knowledge of the opposition parties.

All three were arrested hours later on the same day.

While the final court rulings were issued way earlier, no steps were taken by the government to strip them of their statuses until June 4. The two parties learned about the move 15 minutes before the parliamentary session began.

AKP deputies knew about it for a week

The move was met with surprise among the opposition ranks, but the AKP knew about it for a week, government sources told Duvar.

"We've been working on this for a week," the source said, adding that some party officials who didn't know about it were told to "wait for June 4."

Opposition sources told Duvar that the timing of the move was asked to Parliament Speaker Mustafa Şentop by opposition deputies.

"What was done is procedural. The question that needs to be asked is not why it was done now, but why it wasn't done until now," he also said. 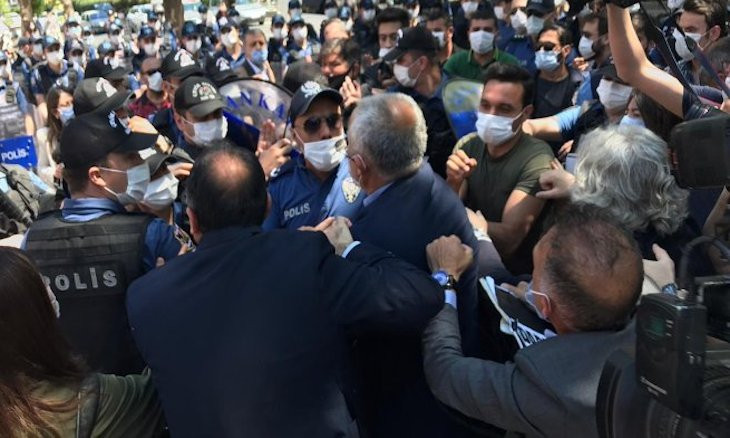 Şentop also said that the initial list included five deputies. According to Şentop, the parliamentary statuses of HDP deputies Meral Danış Beştaş and Ömer Faruk Gergerlioğlu were also considered to be stripped, but the court rulings on them are not final.

CHP deputy Bülent Tezcan said that the timing aims to cover the economic collapse in Turkey.

"The only way for them to continue their governance is to narrow the area of politics. They think that they'll continue to be in power if they narrow it. Further steps to destroy and limit democratic rights and freedoms may come from the government, we need to be prepared," Tezcan told Duvar. 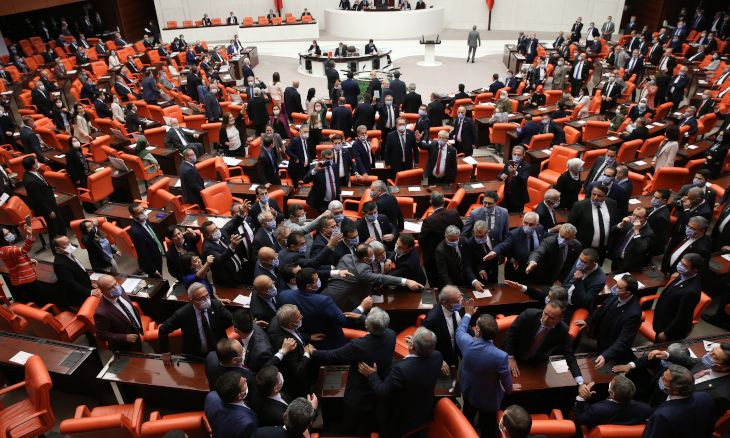 HDP Group Deputy Chair Saruhan Oluç said that the government will continue to "destroy everything that they see as an obstacle against a total power."

"They're not concerned about law or democracy," Oluç said.

According to sources, the order to strip deputies of their parliamentary statuses was given by President Recep Tayyip Erdoğan.

"What's necessary was carried out," an AKP deputy told Duvar.

Right-wing İYİ (Good) Party leader Meral Akşener, meanwhile, commented on the move, as she only criticized stripping Berberoğlu of his status.

"I don't find it appropriate to accuse Enis of espionage and terrorism," Akşener said.