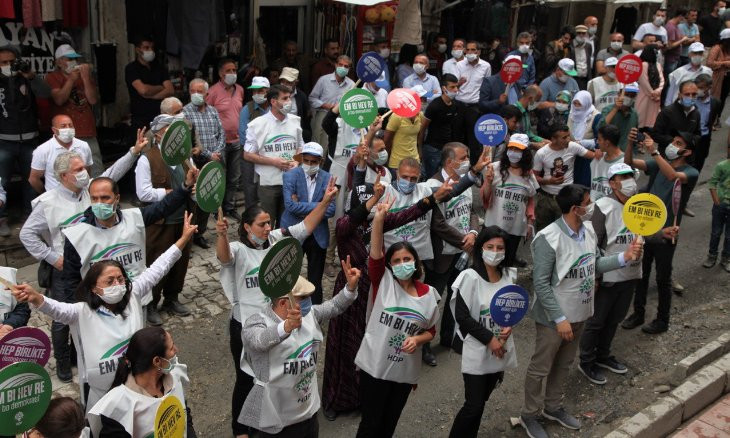 Kurdish issue-focused Peoples' Democratic Party (HDP) has said that its Democracy March is a call to all powers seeking freedom.

Peoples' Democratic Congress (HDK) co-spokesperson Sedat Şenoğlu said that the party will "destroy the putschist mentality and establish democracy instead."

"This great will and belief will definitely reach its aim. We saw this great power everywhere," Şenoğlu said upon the march's arrival at the southeastern province of Diyarbakır.

The march was kicked off after two HDP deputies and one main opposition Republican People's Party (CHP) lawmaker were stripped of their parliamentary statuses.

HDP deputies Leyla Güven and Musa Farisoğulları and CHP lawmaker Enis Berberoğlu were arrested after losing their statuses. Berberoğlu was released as part of the coronavirus (COVID-19) measures, while Güven was released to be sentenced to house arrest.

The march has been ongoing under heavy police presence and authorities' bans on entrances and exits to various cities on the course of it.

Upon its arrival in Diyarbakır, the march was greeted by HDP members and supporters.

Şenoğlu said that the authorities tried to overshadow the march by provocations, but failed to do so.

Democratic Society Congress (DTK) co-chair Berdan Öztürk, meanwhile, commented on the deal reached between the parties led by the Democratic Union Party (PYD) and the Kurdish National Council (ENKS), saying that it should be an example for the Kurdish national unity. 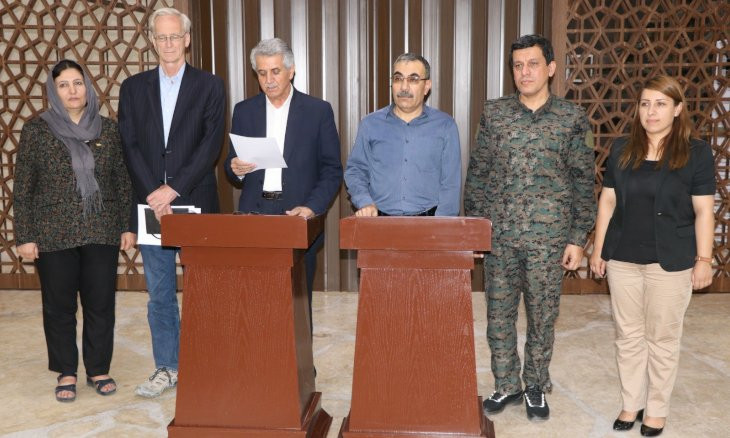