President Recep Tayyip Erdoğan's remarks from 2019 saying he would “not get played into” converting Istanbul's iconic Hagia Sophia's into a mosque were widely shared on social media in Turkey on July 11, with several users pointing out to Erdoğan's inconsistency regarding the matter.

“Opening Hagia Sophia has a cost. Those who want Hagia Sophia to be opened [for worship], do they ever think what would happen to our mosques abroad? As a political leader, I have not so much lost my direction as to get played into this,” Erdoğan said in televised remarks on March 19, 2019, prior to the March 30, 2019 local elections. 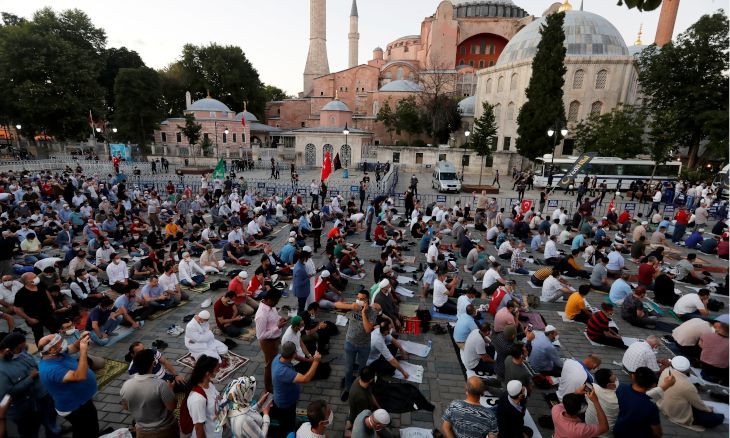 In a televised address to the nation on July 10, Erdoğan said first prayers at the ancient structure will be held on July 24.

Turkey’s move to convert Hagia Sophia into a mosque has received widespread criticism in the international arena, with the U.S. saying it was “disappointed,” while the EU called the move as a “regrettable” one.

Turkey’s move was also covered extensively by several international media outlets, with some saying that Erdoğan “is seeking to consolidate his support among Turkey’s nationalist voters, who are being wooed by newly formed rival parties.”

“The president is seeking to consolidate his support among Turkey’s nationalist voters, who are being wooed by newly formed rival parties,” Bloomberg wrote. 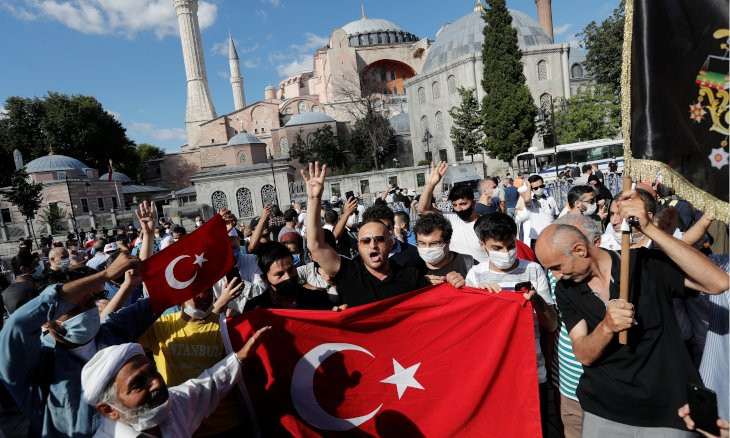